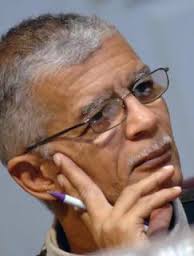 Lumumba was rushed to St. Dominic hospital where he reportedly suffered a severe heart attack.

The city council adjourned their 6:00 pm meeting and had everyone stand in prayer over the Mayor’s death.

Chokwe Antar Lumumba, Lumumba’s son held a brief press conference. He said at this time there was no official cause of death indicated and no further information available at this time.

The football coach at Gulfport High School was hospitalized after a heart attack that may have started during a game. Mike Justice remained hospitalized Sunday at Memorial Hospital in Gulfport.

JACKSON, Miss. (AP) — Jackson police says an ambulance stolen from St. Dominic Hospital has been recovered in Scott County. The Clarion-Ledger reports the ambulance is owned by Pafford EMS and was allegedly taken by a patient […]

LOUISVILLE, Kentucky (AP) — Merrell Williams Jr., a one-time Kentucky paralegal who took on Big Tobacco as a whistleblower who leaked internal documents exposing health risks and the addictiveness of cigarettes, has died in Mississippi, […]