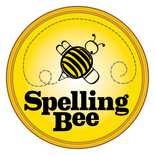 KANSAS CITY, Missouri (AP) — After 19 rounds in a Missouri county’s annual spelling bee over the weekend, only two of the 25 contestants who started the competition remained.

Several hours and 47 rounds later, an 11-year-old and her 13-year-old adversary had used up all of the available words, forcing organizers of the Jackson County Spelling Bee to temporarily halt the showdown.

“It was legendary,” said Mary Olive Thompson, a library outreach manager and co-coordinator of the Saturday spelling bee.

Sophia Hoffman, a fifth-grader at Highland Park Elementary School in the Kansas City suburb of Lee’s Summit, and Kush Sharma, a seventh-grader at Frontier School of Innovation in Kansas City, buzzed through the list of words provided by the Scripps National Spelling Bee. Then they ran through a list of about 20 additional words bee officials picked out of their Merriam-Webster’s 11th Edition during the lunch break, The Kansas City Star reported.

But bee officials decided not to pull more words from the dictionary because they worried one speller might get a tough word and the other a relatively easy one, which wouldn’t be fair.

Plus, Thompson said, at “about 2 o’clock, I think we were all really tired.”

Saturday’s competition went 66 rounds, she said, while last year’s bee ended after only 21.

“Scherzo,” ”fantoccini” and “intaglio” were among the words Kush correctly spelled in the late rounds, while Sophia nailed words such as “schadenfreude, “mahout” and “barukhzy.”

Both of them missed what Kush said was the hardest word: a “French word; I have no idea how to pronounce it. It was a long word.”

With the winner moving on to the national spelling bee in Washington, D.C., in May, both contestants were at the top of their game in the final rounds Saturday, Thompson said

“Sophia and Kush’s eyes were just bright and glowing,” she said. “It was almost magical.”

The contest will resume March 8 at an undetermined library site.

Special To The Mississippi Link JACKSON – Dev Jaiswal, a 5th grade student from Winston Academy, is Mississippi’s 2012 Spelling Bee Champion. Dev spelled the championship word mordacious in the 30th round of the Bee […]