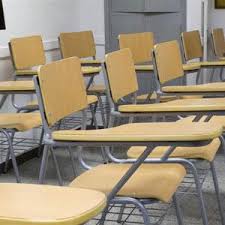 JACKSON, Mississippi (AP) — Mississippi is getting $5.6 million in federal money to pay for efforts to improve poorly performing schools.

The U.S. Department of Education announced Friday it was awarding more than $38 million. Others getting money include Delaware, Georgia, Nebraska, Virginia, West Virginia and the District of Columbia.

Mississippi Department of Education spokeswoman Patrice Guilfoyle says the state expects to be able to give multi-year grants to as many as eight of 33 eligible schools, with competitive applications due in March. No local match is required.

“Essentially, the SIG program is designated for districts with the greatest need and greatest commitment to change,” Guilfoyle wrote in an email. “It’s designed for rapid turnaround of school academic achievement.”

The program has sent $33 million to Mississippi to help improve 10 schools or school districts since 2011. Most recipients have improved significantly, with Sunflower County’s Ruleville Middle School showing perhaps the greatest progress. But some recipients such as West Bolivar Middle School in Rosedale are still struggling.

New applicants would get anywhere from $50,000 to $2 million per school, according to a January presentation to the state Board of Education, with grants renewable for two more years. Grant winners must show progress get money beyond the first year.

“These school improvement grants are helping some of the lowest-achieving schools provide a better education for students who need it the most,” U.S. Secretary of Education Arne Duncan said in a statement.

December 11, 2014 Online Editor Education Comments Off on Mississippi misses out again on share of $250 million in federal preschool funds

JACKSON, Mississippi (AP) — The U.S. Department of Education announced Wednesday that Mississippi has missed out on its share of $250 million in federal money to expand its fledgling prekindergarten program. The state applied for […]

March 27, 2014 Online Editor Education, News Comments Off on Mississippi schools will not start later this year as Bryant signs bill to undo law

JACKSON, Mississippi (AP) — Mississippi schools won’t be forced to start the academic year in late August, as they had been expecting to do. Gov. Phil Bryant on Wednesday signed Senate Bill 2571). It negates a […]