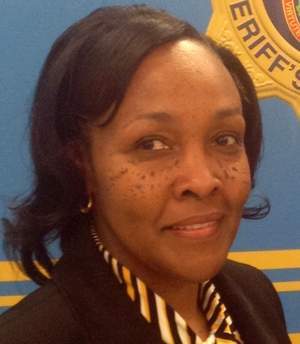 In a special call meeting Dec. 23, 2013, Hinds County Board of Supervisors approved the selection for the new Hinds County Jail Administrator, Dianne Gatson-Riley, with a 4 to 1 vote without going into private deliberations on hiring personnel issues.

Supervisor Kenneth Stokes voted no, he said, because he was not informed of who the other applicants were for the position. Stokes said although he was impressed by Gatson-Riley, he still did not know if she was the most qualified among the applicants.

Asked by District 2 Supervisor Darrel McQuirter, had she experienced problems like those at the Raymond facility, Gatson-Riley responded, “Inmates trying to destroy a facility is common. These are people who do not obey the laws of the land and will do the same in a facility. You have to be sure it does not get out of hand.”

During the confirmation hearing, Gatson-Riley addressed three rounds of questions posed by each supervisor after which several supervisors commended her on her professionalism and knowledge of the job.

She said her priorities were to assure humane treatment for the inmates and maintain a safe and professional work environment for the jail staff. These things can be done, she said, if the facility is in compliance with the American Correctional Association (ACA) standards.

Asked about pending lawsuits against the Raymond facility, she again said the best way to avoid such lawsuits would be to follow ACA guidelines.

At present at the Raymond facility, there is a 23-hour lock down in place, with one hour of recreational time for inmates. Gatson-Riley said, “The 23-1 policy is for inmates who have violated procedures. Others have to be given recreation time and access to the day room. That means there are things that can be taken away when an inmate violates procedures.”

District 3 Supervisor Peggy Calhoun moved to accept the nomination for the new jail administrator, and it was seconded by McQuirter. The approval vote also set the starting date of Gatson-Riley taking the position as “immediately.”

Gatson-Riley was part of the transition team at the opening of the Raymond facility in 1994, where she will now be chief administrator. For 16 years she worked in corrections in Hinds, Harrison and Yazoo counties. She received her BS degree at Jackson State University and a MBA degree at Belhaven University.

As new jail administration, the Board of Supervisors also approved Gatson-Riley to begin the process of hirng new staff as she saw needed.

Throughout the hearing, Gatson-Riley acknowledged that there was “no big pool of money to take care of the whole county.” She said she would maximize inmate labor and the present staff. However, she wants to bring in new staff for security assessments and another for personnel reviews.

Hiring of a new jail administrator was part of the county’s compliance with the court-ordered oversite of the Raymond facility and the grand jury’s investigation at the direction of Judge Tomie Green earlier in 2013.