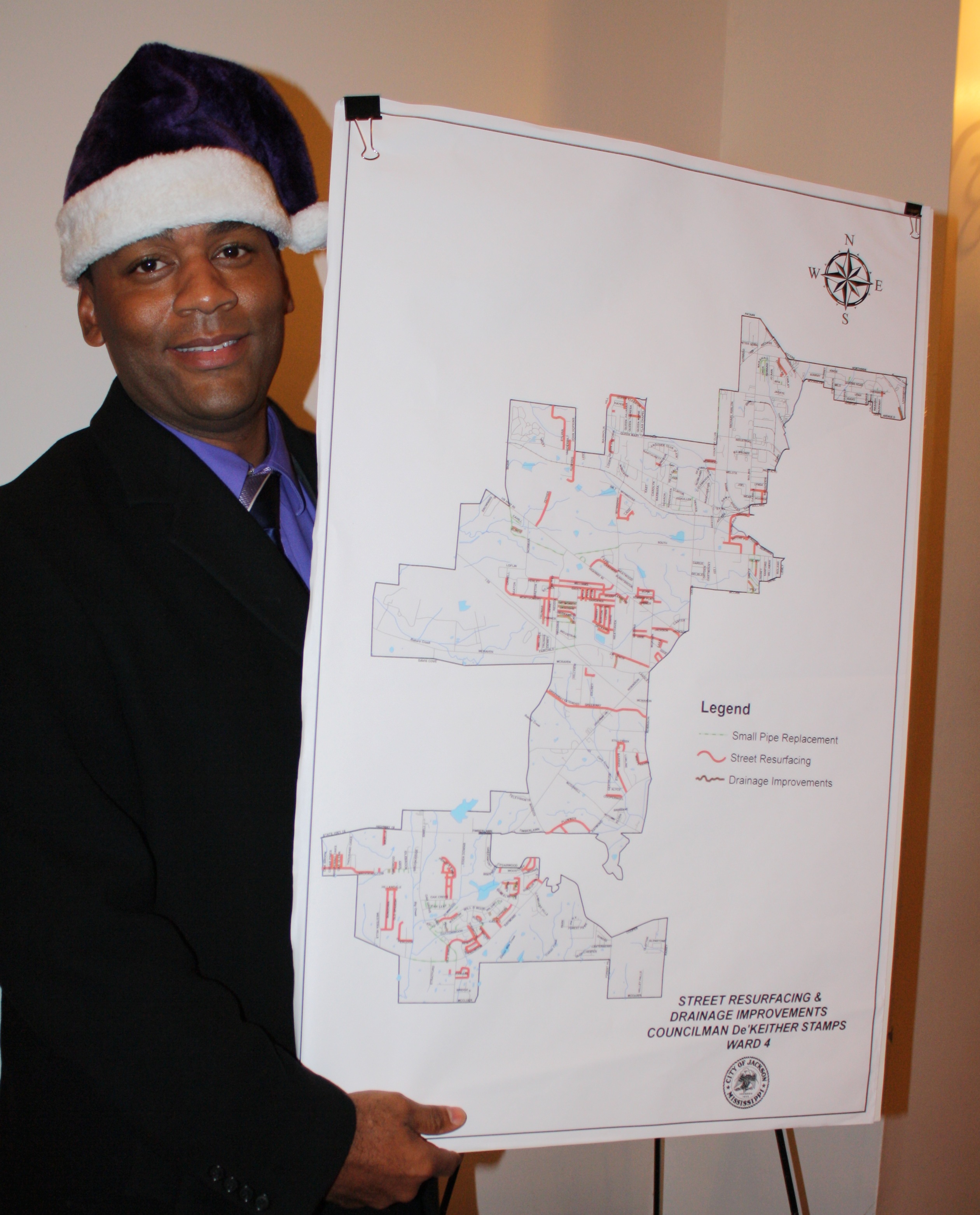 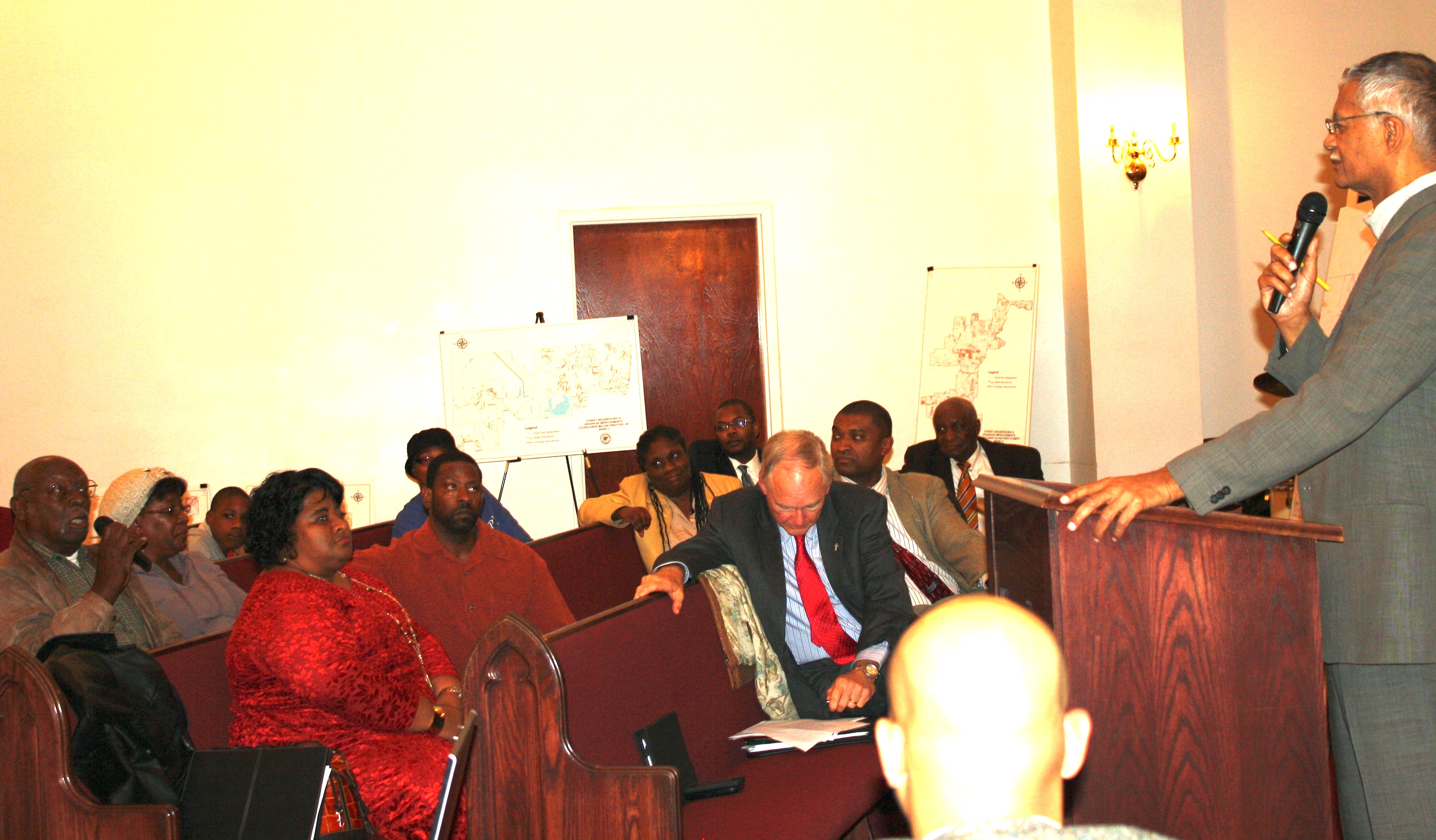 Mayor Lumumba speaking at the Dec. 23 Wards 3 and 4 townhall meeting 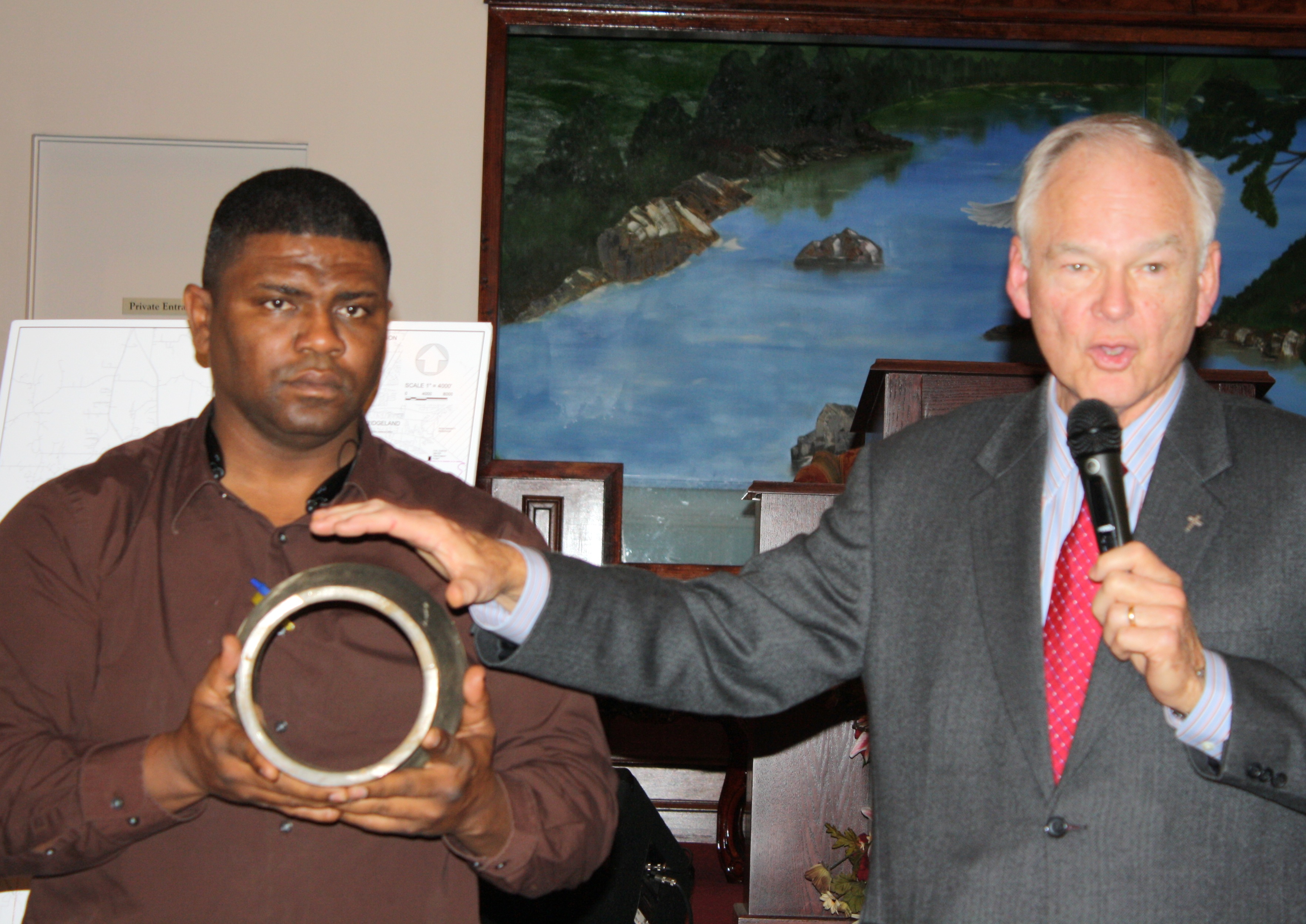 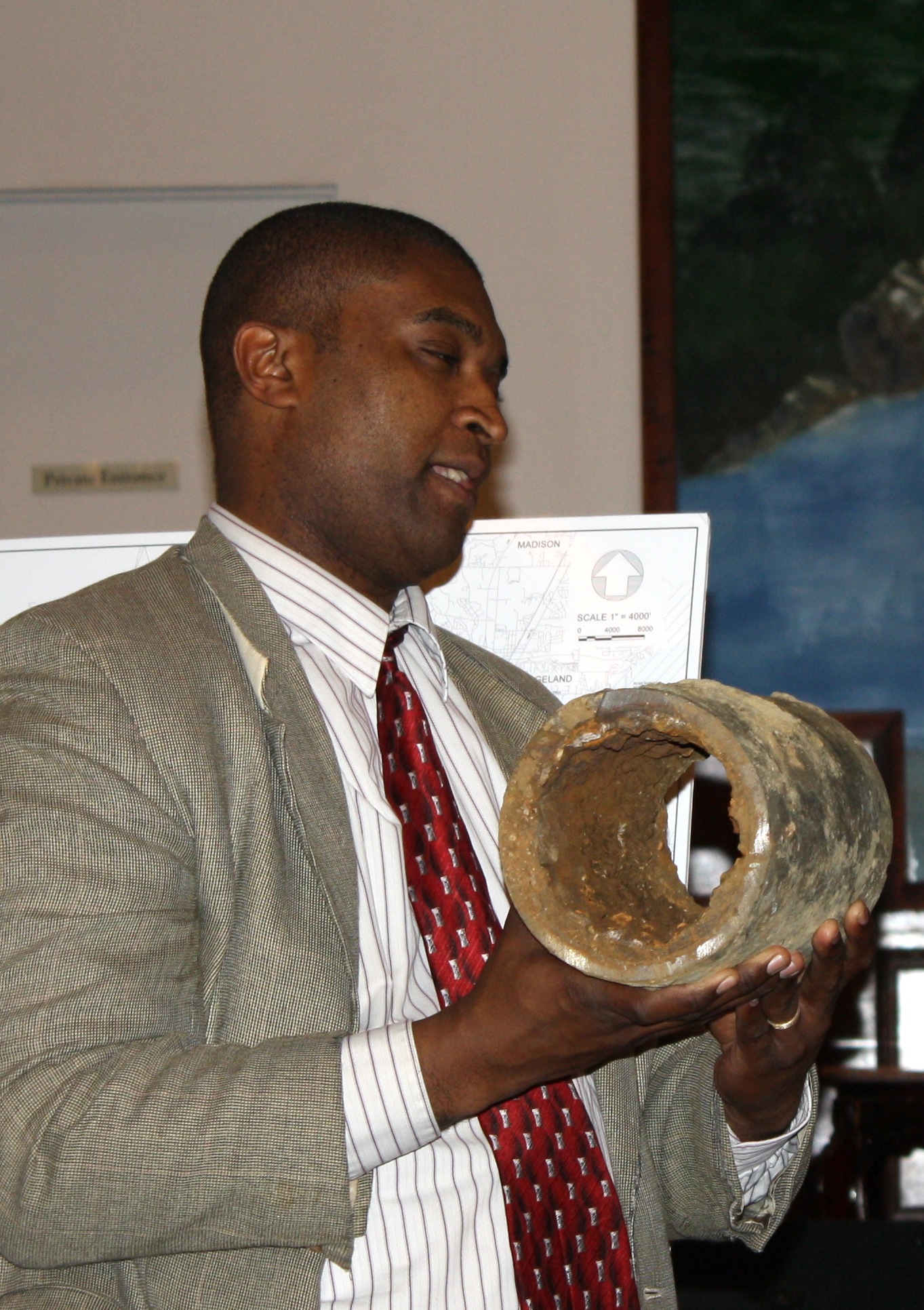 Mayor Chokwe Lumumba is leaving nothing to chance in getting passed a 1% sales tax increase via referendum to be voted on January 14, 2014 in the Municipal Special Election.

Lumumba attended most of the Town Hall meetings scheduled to accommodate all seven wards, explaining why the tax is needed and what it is that will be taxed.

The meetings were set up throughout the metro area at park districts, community halls and churches, featuring five in the month of December 2013, the last one of the year Dec. 23 at St. John M.B. Church, 4895 Medgar Evers Blvd., for Wards 3 and 4.

Also Working Together Jackson (WTJ), a network of 35 religious and non-profit member groups and organizations, held meetings in November and December on the 1% sales tax increase pros and cons. And on Tuesday, Dec. 17, with over 70 leaders present voted unanimously to endorse the referendum.

For WTJ members, it was their concern over the city infrastructure repairs that took top priority, noting that “all of the money raised by the sales tax increase will be spent on these necessary repairs.”

There are many things that will not be included in the sales tax increase, among them groceries, prescription drugs, restaurant food and beverages, hotel and motel rooms and subscription television and internet services. What will be taxed? Everything else.

How much money will be raised on the 1 cent increase of tax on a dollar? According to the city’s Department of Revenue, an estimated $15 million per year will be raised. And what will it be spent on? Jackson road repairs, street resurfacing, water, sewer and drainage projects.

The referendum vote is required by state law before the tax is imposed and a resolution adopted for intent to levy the tax. The referendum must pass with a “yes vote” from at least three-fifths of the voting residents of Jackson.

During the last town hall meeting on Dec. 23, Lumumba said the increases in sewage and water fees in 2013 were not enough revenue to cover the huge cost of repairs to streets, water and sewage lines throughout Jackson.

However, with the sales tax increase, he said, “The people must decide. So it is important to educate and motivate and organize. In 2010, we were shut down with a major waterline break and the city went into decline. We have said the infrastructure repairs would be the new economic frontier.”

The mayor said that contractors working on the projects will be required to hire people from Jackson. He said, “These are not cosmetic changes and these things are not going to change on their own. The U.S. government has demanded that we do these repairs by a consent decree that will cost $400 million over 17 years.”

He said the water supply for all of Jackson right now is depending on 100-year-old pipes that are rusty and breaking. There are problems with drainage and flooding. The mayor said the city loses about 40 percent of its water in water main breaks, adding to the expense. “I’m telling you, I want you to vote for the 1 percent sales tax,” the mayor said.

Willie Bell, interim director of Public Works, asked, “With the present state of the city, would you invite anyone to Jackson? Just like your home, you want to have nice furnishing in order to invite people over.” He and others on the city staff explained that the water for Jackson is good when it leaves the plant, but it is when it travels through the deteriorating pipes that problems occur.

Bell said another problem is that throughout Mississippi “regular creeks are relied on for storm drainage. Now those creek banks are eroding and sometimes taking down whole back yards.”

W. Hibbett Neel, president of Neel-Schaffer, said, “In one year there were 1,500 leaks and breaks and 20 boil water notices issued by the city. The 100-year-old pipes were made of cast iron. Other pipes are too small and do not have enough pressure even for fire protection. There is another 40 miles of pipe in reinforced concrete which will be difficult to repair.”

Ward 4 Councilman De’Keither Stamps said, “We are bulldogs going to the state to get our share of the sales tax. Doing nothing is not an option.” He added that efforts are being made to build better relations with the state officials to get other funding channeled to Jackson as the capital city.

For example, explained Walter Zinn, Referendum chair and director of Intergovernmental Affairs, “To make Jackson a medical corridor will require a sufficient and reliable water supply. Jackson is an entitlement city and we’ve spoken to the governor, lieutenant governor and the speaker of the house. We’ve talked about toll roads and commuter taxes and other money not coming into the city” – all needed funding to maintain the capital city.

To learn more before you go into the voting booth, visit the website – 1percentmakessense.com or see the WTJ video report at https://www.youtube.com/watch?v=MGU_Sm7wcGo

JACKSON, Mississippi (AP) — A former Jackson mayor and the son of the late Mayor Chokwe Lumumba are among a crowded field of candidates on Tuesday’s special election ballot. Polls open at 7 a.m. and […]

The Mississippi Link Newswire On December 5 2013, the Working Together Jackson (WTJ)  Executive Committee voted unanimously to endorse the proposed 1% sales increase. Infrastructure repair is one of WTJ’s top priorities, and all of the […]

By Ayesha K. Mustafaa Editor Mayor Chokwe Lumumba put his backing for the 50th Anniversary of the Mississippi Freedom Summer when, according to the planners, “… in 1964, more than 1,000 volunteers from across America […]