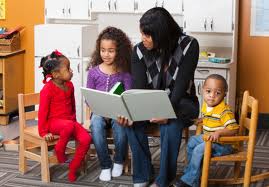 It’s Mississippi’s first use of state money to pay for prekindergarten classes.

The state Board of Education approved the grants Thursday.

The consortiums, chosen from among 30 applicants, expect to be able to serve least 1,200 children. The winners will be eligible to receive up to $8.5 million over the next three years, assuming the Legislature appropriates more money.

All of the groups include at least one school district, as well as other groups such as Head Start centers, private child care centers and foundations. The consortiums had to show a working relationship among a school district and other entities, evidence that local children were in need and the ability to help those children. Local communities must match the state money with an equal amount of private donations, federal money or other funds.

Trecina Green, a Department of Education employee who helped run the grant competition, said the applications that rose to the top demonstrated strong links between multiple groups.

“They had to have some collaboration going on already,” she said.

Green said the 11 winners all were awarded the total amounts they requested. Some of the money will be held over until the 2014-2015 budget year, meaning that grants can be fully funded over the next 30 months as long as the Legislature continues to allot $3 million each year. The program could be expanded if lawmakers put in more money, as supporters hope.

Lawmakers approved funding for the program last year in hopes that it would give a leg up to children who otherwise might be ill-prepared for kindergarten.

“We’re optimistic that we’ll see a very positive impact to put our students on the path to success,” state Deputy Superintendent Kim Benton said. “We know the links with literacy and other foundation skills that are fundamental to give all our children equal footing.”

As part of the effort, programs will have to evaluate children’s progress, including giving them a kindergarten readiness assessment. Benton said the state hopes to choose such an assessment early next year.

The group in line for the most money over the next three years, nearly $1.5 million, is the Corinth-Alcorn Prentiss Early Learning Collaborative. There, the Corinth, Alcorn County and Prentiss County school districts have teamed up with two Head Start centers and five private child care centers.

Corinth Superintendent Lee Childress said the money will allow Alcorn County to add a third prekindergarten class and allow Prentiss County to start its first. The group will also hire a master teacher to coach instructors at the public school, Head Start and private sites, and invest in books, supplies and equipment to improve a number of the classrooms.

The Corinth district itself, which has five prekindergarten classrooms, won’t be getting any direct funding for more teachers. In effect, it’s allowing its existing investment to be used to match the state money to mostly benefit others.

“We’re spreading the wealth to help promote early childhood education in this three-county area because we think it’s that important,” Childress said.

JACKSON, Miss. (AP) — The Mississippi Board of Education granted money Thursday to 11 groups to expand preschool classes for four-year-olds. Here’s a look at the winners and how much each will receive in the first six months of the program:

— Clarke County Early Learning Partnership: $172,000 to a group including the Quitman School District and a Head Start center

— Petal Early Learning Collaborative: $107,500 to a group including the Petal School District and a local Head Start center.

One would be hard pressed to find an African American who had not heard of the historic Tuskegee Airmen, the black pilots who broke the color barrier during World War II, trained at Tuskegee, Ala., especially now that a 2011 movie was released in their honor.

Some may know about the Buffalo Soldiers who formed the 9th and 10th calvary and 24th and 25th infantry of the U.S. Army starting in 1866. Native Americans coined the phrase “Buffalo” soldier because of the texture of the men’s hair…. […]

After being on the road to open the season for three consecutive weeks, JSU played their first home game in front of an announced crowd of over 20,000. Low numbers since the last time Southern came to Jackson. Saturday’s (Sept. 22) game against Southern was a great example of how Tiger fans are feeling. Let me explain. At this point in the season, die hard fans expected to be at least 2 & 2 after Saturday, not 1 & 3.