An instagram posting of students during the fighting and lockdown at Murrah High School.

Jackson Police Department (JPD) increased their police presence Wednesday, November 20, after they were called in to stop a series of fights at Murrah High School in Jackson.

The school was placed on lockdown. Parents were eventually contacted and told to pickup their children. Several parents of students reported that they received a recorded message stating more security officers were being called in to handle the fights, that were escalating.

Some students posted images, video and messages on social media sites showing various clashes and chaos. An actual fight schedule with names of students fighting each other and the location and time the fights were to occur was also shared. On the list, there was an indication that a “shoot out” would take place in front of the school.

Jackson police officers spent most of Wednesday patrolling the outside campus. Students reported that fights were occurring on a daily basis, often multiple fights each day.

Several JPS central office administrators rushed to the school along with members of the district campus police. JPS has its own police force. 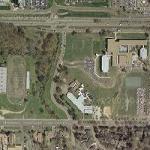 “The situation at Murrah is under control. Officials and the Jackson Police Department are on the scene and recognize the seriousness of this situation, especially this so-called ‘shootout,’ ”.   That did not happen.

Wright serving as Sgt. over Internal Affairs with HCSD By Othor Cain Managing Editor In an exclusive interview with The Mississippi Link, Marcus Wright confirmed that he has been employed with the Hinds County Sheriff’s […]

From the Governor’s office, the Mississippi Department of Education, Jackson Public Schools and Jackson State University, Mississippians expressed their sorrow and concern for the safety of all school children, after the Dec. 14 murder of 20 children and six adults by a lone gunman at Sandy Hook Elementary School, in Newtown, Conn…. […]