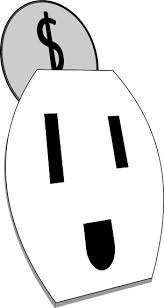 JACKSON, Mississippi (AP) — Mississippi Power Co. says it needs to charge more in 2014 for fuel as part of its yearly rate evaluation.

The unit of Atlanta-based Southern Co., in a filing with the Mississippi Public Service Commission, says it wants to raise rates by 3.35 percent. For residential customers, bills would go up 2.66 percent per month, the company says. That works out to $3.54 a month for a customer using 1,000 kilowatt-hours per month, but the average Mississippi resident uses more.

The company says the increase would go to pay for fuel charges, which are passed through to customers without a profit for the company. The Public Utilities Staff and Public Service Commission evaluate such requests and typically change them.

Spokesman Keith Guillot says fuel charges were lowered in 2013 as the company rebated past amounts that it overcharged for fuel. Those up-and-down adjustments are typical in Mississippi each year as regulators try to reconcile what a company actually paid for coal, natural gas and other fuels with projections that were built into earlier rates.

Mississippi Power customers saw rates rise 15 percent after the PSC voted 2-1 in March to allow the company to start collecting to pay off the debt of the $5 billion Kemper County plant the company is building. An additional 3 percent increase is expected in 2014 to pay for the coal-fueled plant. Mississippi Power has also said it’s likely in 2014 to seek an additional increase of at least 4 percent over 20 years to pay off $1 billion in bonds.

The company wouldn’t make a profit on the bonds, under the terms of a January settlement that limited ratepayers’ cost for the Kemper plant itself to $3.4 billion.

Mississippi Power has 186,000 customers in 23 counties from Meridian to the Gulf Coast.

JACKSON, Mississippi (AP) — Upcoming hearings on whether Mississippi Power Co. should be able to get customers to pay for its Kemper County power plant have been postponed. The Mississippi Public Service Commission Thursday delayed […]

JACKSON, Mississippi (AP) — A company that had planned to buy carbon dioxide from Mississippi Power Co.’s Kemper County power plant has sued, alleging the utility misled it into building a $100 million pipeline. Treetop […]