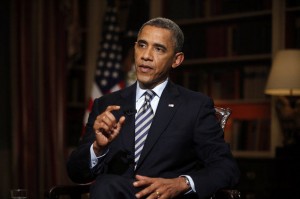 President Obama announced Thursday morning that he will support a plan that allows Americans to keep insurance policies that would otherwise be canceled under the Affordable Care Act. People will be able to keep insurance coverage that doesn’t meet standard Obamacare mandates until a transition can be made.

“The policy also would require insurance companies, if they extend such policies, to notify customers that alternative policies might be available under the government exchange and to tell them what benefits they wouldn’t be getting if they remained with their current plan”.

The announcement comes after people began receiving policy change and cancellation notices when Obamacare went into effect on Oct. 1, despite the president’s claims that those who were happy with their insurance plans could keep them under the law.
Former President Bill Clinton said Tuesday that Obama should honor that promise.
“I personally believe even if it takes a change in the law, the president should honor the commitment the federal government made to those and let them keep what they got,” he said in an interview with Ozy magazine.
During the announcement, Obama said 106,000 have enrolled since the Healthcare.gov marketplace opened despite problems. He said isn’t happy with the problems and the administration has been “working 24/7” to resolve the issues.
He also acknowledged the concern of those who plans have been canceled or changed.
“I completely get how upsetting this could be for those Americans,” he said.
“If you received one of these letters I encourage you to take a look at the marketplace even if the website isn’t working as it should,” he said. According to him the plan comparison tool is “working just fine.”
He said he is willing to work with Congress to fix the problem, but won’t accept plans that put the American people back into what he called a “broken” healthcare system.
“We’re going to get it right and the Affordable Care Act is going to work for the American people,” he said.

JACKSON, Mississippi (AP) — A lawyer asked a federal judge on Friday to delay the October trial of a Mississippi man charged with sending poison-laced letters to President Barack Obama and other officials.