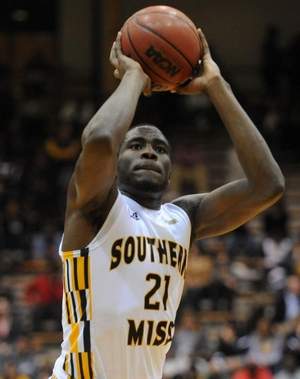 Boardingham was only 4 of 8 from the field, but hit 7 of 11 free throws. Aaron Brown with 12 points, and Jerrold Brooks with 11 were also in double digits for the Golden Eagles.

Jackson State battled for the lead in the first half and took it for a 31-28 advantage at the break. The Golden Eagles were shooting only 32 percent in the first half. That changed in the second as they were 9-for-20 (45 percent). They tied the score at 35 with 16:49 remaining, and then gradually pulled away.

Southern Miss outscored Jackson State 39-20 in the second half. The Tigers went the other direction as they dropped to 27 percent shooting in the final half.