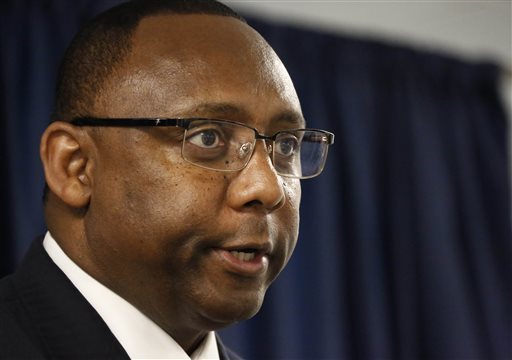 JACKSON, Mississippi (AP) — Mississippi drug courts are handling a growing number of cases, and officials say they help people improve their lives through treatment and accountability rather than imprisonment. But funding for the courts remains stagnant.

The Clarion-Ledger reports that since 2008, the number of drug courts has grown 76 percent and participants have climbed from 1,821 to about 3,300.

The courts’ $4 million funding has not changed; it comes from $10 assessments on criminal convictions, including traffic tickets. Legislators set the assessments a decade ago.

Advocates say the drug courts are $3.6 million short of full funding, and officials cut back on money for felony adult drug courts and juvenile drug courts. No money was appropriated this budget year for municipal, justice court and family drug courts.

During the 2013 legislative session, increased funding for drug courts was added to two bills, but both bills died.

“We can find money for everything else,” said state Rep. Alyce Clarke, D-Jackson, who has pushed to create and expand drug courts. “It makes no sense to me that we aren’t adequately funding drug courts.”

Mississippi has the second-highest incarceration rate in the nation, only behind Louisiana. Mississippi is one of only six states with felony drug courts stretching statewide. Before the reductions, there were 46 drug courts, including 22 felony level drug courts — one in every Circuit Court district — and 15 juvenile drug courts; two pilot family drug courts; four municipal drug courts; and three in justice courts.

Corrections Commissioner Chris Epps said it costs $41.51 per day to house an inmate in the state prison system. That compares to $7.89 per day for a person to be in the drug court program. Also, adult drug court participants who can afford it must pay a monthly fee for their participation.

Advocates say drug court programs allow participants the chance to break free from addiction, and criminal actions, and to transform their lives to become productive members of society.

“Anytime we can offer treatment rather than incarceration you will be successful. Drug courts offer treatment and accountability. They have better monitoring systems, including routine drug testing,” says Trost Friedler, executive director of Harbor House, one of the treatment programs used in the drug court program in Hinds County.

People with cases in drug courts are monitored and drug tested two or three times weekly. They’re required to appear before a drug counselor weekly and provide an update status to the judge. Participants are often required to participate in General Education Development classes to work toward a high school equivalency degree and/or keep a job. They undergo short-term and long-term alcohol and drug treatment.

The Administrative Office of Courts said that last fiscal year, 58 babies were born to drug-free mothers who’ve been through drug court. That saved about $2.9 million in first-year health costs.

“We take first-time, nonviolent offenders, drug addicted, place them in prison with no chance of recovering from their drug habit, place them so that they learn to be professional criminals, and then release them to return to the same place, with the same people, in the same situation, and expect change,” Ellis said. “They have no tools to stay sober.”

Drug court provides the tools to help a person who wants to get off drugs, said Cotten, whose 8th Judicial District Circuit Court of Leake, Neshoba, Newton and Scott counties had 185 drug court program participants as of Oct. 1. It was the first felony drug court certified by the Administrative Office of Courts. That drug court program takes five years to complete and includes alcohol and drug treatment, monitoring as many as three times a week for alcohol and drug use, aftercare and other services, Ellis said.

News Briefs From Across The State By Monica Land  Sheriff runover laying down spike strips A Lucedale man has been found guilty of capital murder in the 2010 death of George County Sheriff Garry Welford. […]

Lewis: ‘The situation was contained early as we prepared to take over’ By Othor Cain Managing Editor In the early morning hours of Monday, July 30, during a routine security check, officials at the Hinds […]