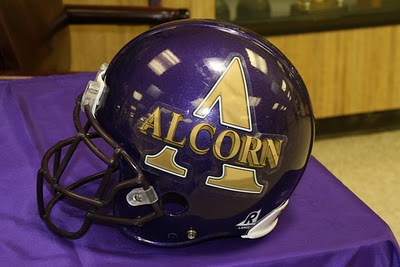 Alcorn State (7-2, 5-1) almost scored on Southern’s opening possession in OT when Jestin Williams returned an interception 88 yards but he was tackled on the 4-yard line.

Joseph completed 25 of 45 passes for 329 yards and three touchdowns, two to Randal Menard, who had 119 yards on three catches.

Alcorn State countered with Walker, who had 156 yards and two TDs on 28 carries. John Gibbs Jr. had 239 yards passing for the Braves with two touchdowns, completing 16 of 28 passes, and ran for another score.

October 26, 2015 Online Editor Sports, The Buzz Comments Off on Brawl gets East Mississippi barred from playoffs

COLUMBUS, Miss. (AP) — A brawl that cleared the East Mississippi Community College bench when it was ahead 48-0 has also barred the school from this year’s community and junior college state playoffs. Jim Southward, […]

OXFORD, Miss. (AP) — Mississippi defensive lineman Issac Gross will miss the rest of the season because of a neck injury. Coach Hugh Freeze said Tuesday via text message that Gross has been “battling this […]

STARKVILLE, Mississippi (AP) — Mississippi State defensive lineman Chris Jones has decided to declare for the NFL draft. The school released a statement confirming Jones’ decision on Tuesday. The 6-foot-6, 308-pound junior has been one […]