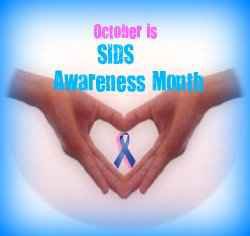 JACKSON, Mississippi (AP) — Mississippi state health officials say the number of Sudden Infant Death Syndrome deaths in the state has declined by more than half from 2011 to 2012.

State health officials said SIDS is the sudden death of an infant under age one that cannot be explained after a thorough investigation has been conducted, including a complete autopsy, an examination of the death scene, and a review of clinical history.

SIDS is the third leading cause of infant deaths in Mississippi.

“While this is definitely reason to celebrate, we need to remember that Mississippi continues to be above the national average in SIDS deaths and infant mortality,” said State Health Officer Dr. Mary Currier.

“In order to continue this decline in the deaths of our infants we must ensure that women are healthy before they are pregnant, have access to good prenatal care when they become pregnant, are educated on the risk of smoking around infants, and understand the importance of safe sleep practices.”

‘Good is not good enough for Jackson’ By Gail M. Brown Editor Longtime Jackson businessman Jonathan Lee kicked off his candidacy for Mayor of the City of Jackson Tuesday, July 31, in front of his […]

From The Chicago Sun-Times Lacy was from Coahoma County, Miss. Lacy J. Banks was an unconventional pioneer. He was a trailblazer as the first African-American sportswriter for the Sun-Times, a job that led him to […]