Here is a roundup of news and notes from around Mississippi this morning: 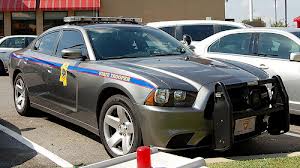 WJTV reports that officials did not identify the trooper, but say he was released after being checked at a hospital in Meridian.

The accident occurred Saturday night on Highway 15 in Jasper County. Officials say another horse ran into the road in front of the squad car.

WLBT TV reports the shooting happened around 7:30 p.m. Sunday at the Motel 6 on Interstate 55 North. Officer Colendula Green a 56-year-old man was shot and killed. Green said the shooting is being investigated as a homicide.

Miller was taken to North Mississippi Medical Center in Tupelo where he later died of injuries sustained in the wreck.

The Neshoba Democrat reports that Vowell told supervisors that having the warehouse for part of Stuart’s Country Music collection is needed for the project to move forward.

The building most recently housed a furniture store and is currently being used as storage space for the county.

The renovation would be funded through $1 million in state bond proceeds allocated for the proposed Marty Stuart Center earlier this year, Vowell said.

The council took public comments off the agenda in June, in response to a group they said was monopolizing the time on issues that were unrelated to the city’s business.

The Meridian Star reports that the council could vote on the new policy in November.

Each person will be given three minutes to speak, with a total of five people allowed to speak at one meeting. Public comments will not run more than 15 minutes total.

Board President Darryl Grennel tells The Natchez Democrat that after Paul Brooks resigned, the board asked Sheriff Chuck Mayfield about taking over litter enforcement, since all deputies can write tickets.

Money remaining from the grant used to create the job will be moved to the sheriff’s office.

Woman and granddaughter killed in crash

WTVA is reporting that a Baldwyn woman and her granddaughter were killed in a car accident Saturday afternoon after a driver ran a stop sign forcing her car into traffic.

Deborah Hill, 59, died Saturday night about 8:34 p.m., and her granddaughter, 11-year-old Montana Roberts, was pronounced dead at the scene following the collision on Highway 145 and Pratts/Friendship Road.

Lee County Coroner Carolyn said it appeared Hill was hit by a car coming toward Highway 145 that never stopped at the stop sign. The resulting hit pushed the car into oncoming traffic, WTVA reported. […]

MERIDIAN, Miss. (AP) – Meridian police have arrested the mother of a child who died in a suspected drowning incident at Western Gardens in May. WTOK-TV (http://bit.ly/1JX2GFM ) reports Keanna Denise King was charged with capital […]

A WDAM report HATTIESBURG – A Jones County hostage situation and standoff has resulted in the deaths of the gunman and his daughter, according to WDAM in Hattiesburg. A Jones County sheriff's deputy was also […]