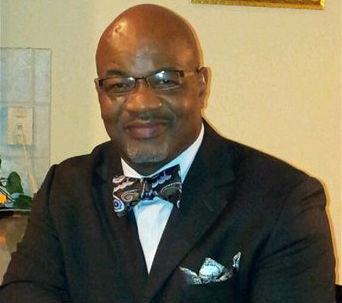 “Nobody’s going to convince me we don’t have qualified Valley grads out there who can lead the university in the way it needs to go,” Yarbrough said Friday.

College Board officials announced Bynum was their sole finalist last week. On Tuesday, he’s supposed to meet in Itta Bena with university groups, with trustees then voting on naming him.

Bynum was vice president of enrollment and student services at Morehouse College, but took a leave of absence from the historically black all-male college after a new president took over. Bynum says the friendly split came because the new president had different plans for the institution.

“It wasn’t a good fit,” Bynum said. “It happens all the time in higher education. You get a new president with a new vision.”

Morehouse did not respond to a request for comment Monday.

Yarborough said he’s concerned that Bynum is coming from a private college. But Bynum said he worked for nine years at Lincoln University, a state-aided college in southeast Pennsylvania. He said that Valley supporters shouldn’t be scared off by the fact that he attended Davidson College and Duke University, both selective schools in North Carolina.

“They have no idea that my background is quite different from the majority of people who attended those institutions,” he said.

Alumni complained that Bynum had said Thursday when he was announced that he had consulted with other people about joining him at Valley. Bynum, though, said his first mission would be to listen to the university’s students, faculty and supporters.

“I want to listen,” he said. “I’m not coming in with any preconceived notions.”

Yarborough complained that because the College Board won’t say who the other candidates are, it makes it hard to judge whether Bynum was the best choice. Board members named Donna Oliver president in 2008, rejecting a group of that was pushing longtime veteran Valley administrator Roy Hudson. Oliver’s contract was not renewed last year.

Valley is struggling with falling enrollment, and some of its buildings are in bad shape. One dormitory had to be closed recently after the bricks fell off it. Some alumni fear that the College Board is trying to neglect Valley to death, saying it’s a stealth version of the proposal that Haley Barbour floated to merge Mississippi’s three historically black colleges. That plan went nowhere in the Legislature.

The state College Board has decided against renewing the contract of Mississippi Valley State University President Donna Oliver.

No reasons were given for the decision.
[…]

It appears Mississippi Valley State University is likely to lack a permanent leader for the foreseeable future, even though the College Board has recently named new presidents for two other state universities.

The College Board decided not to renew Donna Oliver’s contract at the Itta Bena institution in October, four years after she was named to head the smallest of Mississippi’s eight public universities.

But while the board moved quickly on openings at Delta State University and the University of Southern Mississippi, it has been slower in replacing Oliver. […]