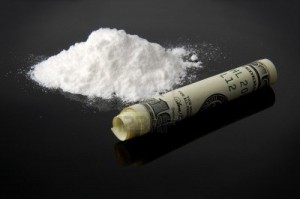 GULFPORT, Mississippi (AP) — Federal authorities in south Mississippi have filed court documents seeking the forfeiture of a Gulfport bar that investigators say a man tried to trade for a large quantity of cocaine.

The documents filed in U.S. District Court in Gulfport seek the forfeiture of the Eclipse Sports Bar, cars, cash and guns.

Victor Darnell Williams was charged in August with trying to trade the bar for 12 kilograms of cocaine. A judge ordered Williams held without bond pending the action of a grand jury.

A complaint filed in federal court said Williams met with a police informant several times from June through August in an attempt to by a large amount of cocaine for distribution.

The complaint, written by a Drug Enforcement Administration agent, said Williams claimed to own the Eclipse Sports Bar in Gulfport and that he and the informant agreed to a deal in which Williams would trade cocaine in exchange for the bar.

Williams was arrested when the two drove to a hotel for what Williams allegedly thought was at trip to pick up the drugs. 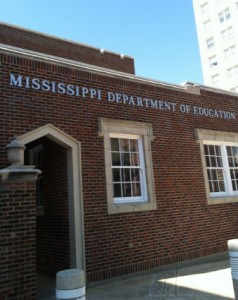 JACKSON, Mississippi (AP) — The state Board of Education has cut the field of possible state superintendents to five.

The board made the cut in a closed session Wednesday. The state Department of Education said in a statement that the board reviewed 11 applicants suggested by search firm Ray and Associates, which the firm had narrowed down from 64.

Board member Hal Gage, who’s leading the search, says at least one of the finalists now lives in Mississippi.

Gage says the board isn’t releasing names of finalists. Members plan to interview the finalists on Sept. 24, with hopes of naming a new leader of the state Department of Education in October.

Interim Superintendent Lynn House has served since Tom Burnham resigned last year. She has said she isn’t a candidate for the permanent post.

BRANDON, Mississippi (AP) — Four former officials in the city of Bassfield have been arrested for converting surplus property owned by the two to personal use.

State Auditor Stacey Pickering says the four were arrested Friday in Rankin County. Their bonds were set at $15,000 each.

Pickering says in a news release that authorities recovered 22 items and returned them to the state of Mississippi.

Black Marine from Gulfport gets his due

GULFPORT – (AP) David Potts Sr. and 400 other surviving Montford Point Marines, the nation’s first group of black Marines, have been honored at the U.S. Marine Barracks in Washington. The Marines, all of whom […]

GULFPORT, Mississippi (AP) — The illness sickening residents at the Armed Forces Retirement Home in Gulfport has been identified as norovirus. Media outlets report that since Monday, 62 residents have become ill and nine have […]

GULFPORT, Mississippi (AP) — Three South Mississippi residents have been denied bond after a court hearing on federal charges accusing them of conspiring to buy a kilogram of “China White” heroin to sell out of […]