NEWS BRIEFS FROM AROUND THE STATE

PEARL, Mississippi — Rankin County authorities say they made a major heroin bust after a traffic stop on Interstate 20.

WLBT-TV reports that eight kilograms of heroin, worth approximately $1 million, was seized around 7 a.m. Saturday.

Rankin County Sheriff Bryan Bailey says the heroin bust could among be the largest in state history. Two men are in custody and charged with possession of a controlled substance.

The men are set for an initial court appearance in Rankin County on Monday.

Authorities say the bust was a joint effort between Pearl police and the Rankin County Sheriff’s Departments.

OXFORD, Mississippi (AP) — A University of Mississippi student is intensive care in an Austin, Texas, hospital after an altercation Saturday.

Ole Miss officials identified the student as Carson Otter, a junior from Bloomington, Ind., is at the University Medical Center-Brackenridge in Austin.

The Austin Police Department says investigators are looking into a verbal disturbance between a man walking along the street and some men in a passing car.

They say the incident happened around 2 a.m. Saturday. Police say one of the passengers in the car got out of the vehicle and hit the pedestrian once, causing him to fall and hit his head.

Authorities say no arrests have been made. 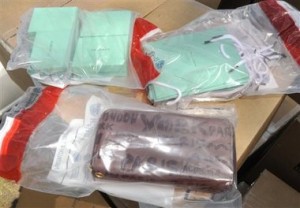 GULFPORT, Mississippi — A man has been charged with selling counterfeit purses, wallets and other items in Harrison County.

Ousainou Mahanera was indicted Aug. 20, but the case was sealed until his arrest last week in New Orleans.

The indictment filed in U.S. District Court in Gulfport, Miss., says Mahanera sold purses and other items that were fake versions of high-end brands like Louis Vuitton and Gucci.

The indictment said the items also include shoes and belts. Authorities say Mahanera sold them in March. 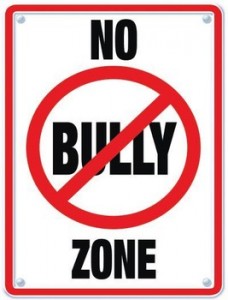 The Vicksburg Post reported that a 35-year-old woman who listed an address in Tallulah, La., and a 52-year-old woman from Warren County were arrested Friday after distributing approximately 100 of the leaflets inside and outside the main building of the school.

The women were charged with disturbance of a school session, bullying or harassing behavior at a public school, and disturbance of the peace, all of which are misdemeanors. 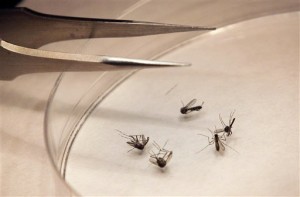 The new cases, reported Monday, include one each in Hinds, Jones and Madison counties.

Mississippi’s only death from the virus this year was reported early in July in Bolivar County.

The MSDH only reports laboratory-confirmed cases to the public.

In 2012, Mississippi had 247 West Nile Virus cases and five deaths.

The MSDH is also reporting a human case of LaCrosse encephalitis in Warren County.

BEAUMONT, Mississippi — Mississippi corrections officials say an inmate who walked away from a work detail Friday in Forrest County has been arrested in Beaumont.

Beaumont is in Greene County southeast of Hattiesburg.

The 28-year-old Bolton is serving a four-year drug sentence from George County.

Corrections officials say Bolton was taken to the Central Mississippi Correctional Facility in Pearl. If convicted of escape, Bolton could receive a five-year sentence.

First-year Ole Miss coach Hugh Freeze has a reputation as a gambler, unafraid to make an unconventional call with the game on the line.

He proved it on Saturday. The results were not what he – or the Rebels – had in mind. […]

OXFORD, Mississippi (AP) — A former University of Mississippi student was sentenced Thursday to a year’s probation plus 50 hours of community service for placing a noose on the statue of the school’s first black […]

(AP) Don’t be fooled by Mississippi’s 13-10 start. Coach Mike Bianco expected growing pains after losing key pieces from his College World Series team and starting the season with one of the toughest schedules in […]