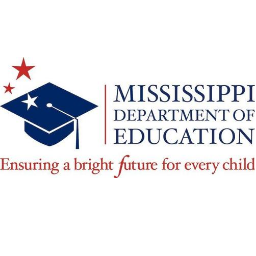 JACKSON, Mississippi (AP) — The Mississippi state Board of Education is seeking to take over the Claiborne County and Leflore County school districts, but will grant the Yazoo City system a reprieve.

The board voted Friday morning to ask Gov. Phil Bryant to declare states of emergency in Claiborne and Leflore. Byrant could act as early as Friday.

Under an agreement with Yazoo City, the district would lose accreditation and the state would appoint consultants to oversee improvements. The district would maintain local control, however, and would have until March 2014 to remedy its problems.

“I think we have a team in place now to move forward,” said Yazoo City Superintendent Arthur Cartlidge. “I believe we can make it happen.”

State officials said their lawyers would work out the agreement, but that they intended to negotiate only minimally with Yazoo City and would seize control at any time if unsatisfied with the progress.

“This will be a very rigorous agreement,” interim state Superintendent Lynn House said.

In the Claiborne and Leflore districts, the state wants to remove superintendents and school boards and appoint a conservator to run them.

State Board of Education Chairman Wayne Gann of Corinth said officials felt it was appropriate to take over Claiborne and Leflore because they didn’t present clear plans to remedy their problems.

“Claiborne and Leflore have been difficult situations for some period of time,” Gann said. “They did not come with a plan similar to what Yazoo City did.”

Claiborne Superintendent Elijah Brown, though, continued to disagree with the state’s intervention, saying it was unfair that Yazoo City got more time.

Elected superintendents are usually permanently changed to appointed posts in districts that are taken over. School board members at the time of a takeover are barred from ever serving again after a district is returned to local control.

Both Yazoo City and LeFlore County have been audited for compliance in the past year. Takeovers typically follow state investigations that find schools are violating standards. Yazoo City and Claiborne County faced questions of whether school board members overstepped their authority and tried to impose specific administrative decisions on a superintendent.

Yazoo City and LeFlore County have scored poorly on state tests, with questions of test cheating surfacing at one LeFlore County school and in some Claiborne schools.

Department of Education officials have wanted to move away from takeovers, instead revoking accreditation. Loss of accreditation means districts can play only half their regular-season high school athletic games and can’t participate in playoffs. It does not affect a high school student’s chance of being admitted into college.

The state currently controls seven districts: Aberdeen, Sunflower-Drew, Indianola, Oktibbeha County, North Panola, Hazlehurst and Tate County. The state is moving to return the latter three to local control. Under current law, any district taken over by the state also would lose its accreditation. Oktibbeha County is the only district currently without accreditation. The other six districts were taken over before the law was changed.

JACKSON, Mississippi (AP) — Gov. Phil Bryant has created a task force to recommend ways to strengthen efforts in Mississippi to combat human trafficking. Bryant says in a news release Tuesday that he expects to […]

Whether you call the law by its official name, the Patient Protection and Affordable Care Act, or by what Republican Bryant calls it, “Obamacare,” the governor says it’s too invasive and expensive… […]