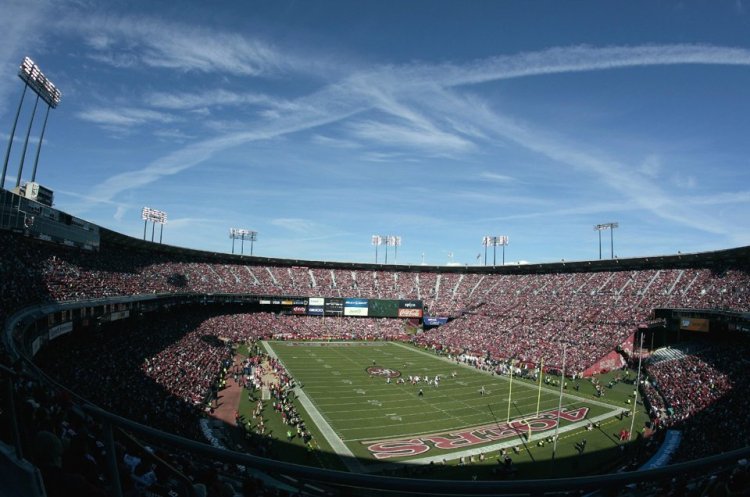 SAN FRANCISCO (AP) — Falls by fans at stadiums in San Francisco and Indianapolis during NFL season openers have left one man dead and two other people injured, authorities said.

At the 49ers’ game against the Packers at Candlestick Park Sunday, a man fell to his death from an elevated pedestrian walkway.

The death came just after kickoff in the San Francisco’s 34-28 win over Green Bay, police said, and multiple witnesses reported the man appeared to be intoxicated before he fell to a sidewalk.

The same day, a railing collapsed at the Colts’ game against the Raiders in Indianapolis injuring two unidentified fans who were leaning against the barrier above the tunnel leading to Oakland’s locker room.

One person was taken away on a stretcher, while another left in a wheelchair, witnesses said.

After the Colts 21-17 victory, Barney Levengood, executive director of the Indiana Convention Center and Lucas Oil Stadium, issued a statement that said one of the people was released after receiving medical attention at the stadium. The other person was treated at the stadium and transported to Methodist Hospital for additional evaluation. Levengood said that the second fan did not appear to be seriously injured.

In San Francisco, police spokesman Gordon Shyy said off-duty medics and police officers gave the man first aid until an ambulance arrived, but he was declared dead from his injuries.

Authorities said he appeared to be in his 30s, and his name has not been released. 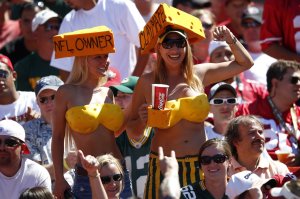 In a statement, 49ers spokesman Bob Lange confirmed the team had learned of the accident outside the stadium. “We would like to express our deepest condolences to the family during this difficult time,” he said in an email.

It was not clear how far the man fell from the Jamestown walkway, which goes around the outside of Candlestick.

The historic sports complex closes after this season and will be replaced by a shopping center. Next year, the 49ers will move into a $1.2 billion stadium at the team’s Silicon Valley headquarters in Santa Clara.

Since 2003, there have been more than two dozen cases of fans falling at stadiums across the United States, according to the Institute for the Study of Sports Incidents.

Most recently in Atlanta, baseball fan Ronald Lee Homer Jr. died last month after falling 85 feet following a tumble over Turner Field’s fourth-level railing. Homer’s death was the third at an Atlanta stadium in the past year.

Also last month in Denver, Broncos fan Noel Robinson was injured when he fell about 10 feet from an escalator at a preseason game.