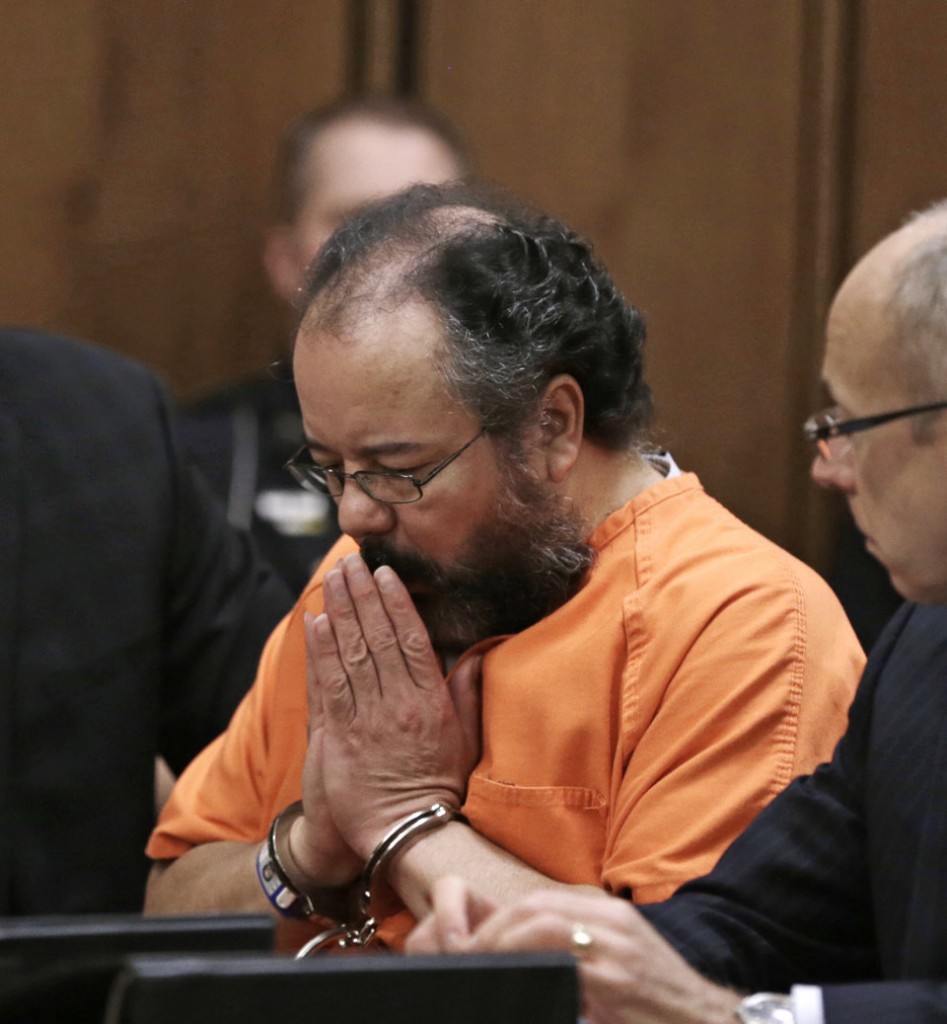 The Ohio man who kidnapped three young women and repeatedly raped them in his home for nearly a decade was found hanging in his cell and is believed to have killed himself, a prison official said Wednesday.

Ariel Castro, 53, had started serving a life prison term after being sentenced last month to life in prison plus 1,000 years on his guilty plea in one of the country’s most sensational criminal cases in recent history.

Castro was found in his cell Tuesday night, JoEllen Smith, Ohio department of rehabilitation and correction spokeswoman, said early Wednesday. Prison medical staff performed CPR before he was transported to a hospital, where he was pronounced dead.

He had been in protective custody because of the notoriety of his case, meaning he was checked every 30 minutes, but he was not on suicide watch, Smith said. She said suicide watch entails constant observation.

Castro told the judge at his sentencing he was suffering from a pornography addiction. “I’m not a monster. I’m sick,” he said.

The three women disappeared separately between 2002 and 2004, when they were 14, 16 and 20 years old. They escaped from Castro’s home on 6 May, when Amanda Berry, one of the women, broke part of a door and yelled to neighbors for help.

The two other women were so scared of Castro that they held back even as police officers began to swarm the house. But quickly they realized they were free.

“You saved us! You saved us!” Michelle Knight told an officer as she leaped into his arms.

Castro was arrested that evening. He had fathered a child with Berry while she was in captivity; that girl was six years old when freed.

A judge rejected Castro’s request to have visiting rights with his daughter.

Elation over the women’s rescue soon turned to shock as details emerged about conditions of their captivity. Investigators said they were bound with chains, repeatedly raped and deprived of food and bathroom facilities. Knight told investigators she was beaten and starved several times to force her to miscarry.

Messages left for the women’s lawyers were not immediately returned early Wednesday.

Castro’s attorneys had tried unsuccessfully to have a psychological examination of him done at the jail where he was housed before he was turned over to state authorities following his conviction, his attorney, Jaye Schlachet, told the Associated Press early Wednesday. Schlachet said he could not immediately comment further.

In an interview last month after Castro’s conviction, his attorneys said their client clearly fit the profile of sociopathic disorder and that they hoped researchers would study him for clues that could be used to stop other predators.

Knight was the only one of the three who appeared in court at Castro’s sentencing.

Castro had been watched closely in jail in the several weeks after his arrest, with logs noting his activity every 10 minutes. He was taken off the suicide watch in early June after authorities determined he was not a risk.

Mindy McCready threatened to kill herself after losing custody of her sons earlier this month, yet she was allowed to leave a court-ordered drug rehabilitation program days before she apparently killed herself, her ex-boyfriend said.

Billy McKnight, who was in a long, rocky relationship with McCready and who is the father of her oldest child, Zander, said the 37-year-old mother of two stayed in the in-patient substance abuse treatment center for about 18 hours before being allowed to walk free.

Authorities say McCready died in an apparent suicide Sunday, Feb. 17, at her home in Heber Springs, a vacation community north of Little Rock. Sheriff Marty Moss said McCready was found dead on the front porch where her boyfriend, musician David Wilson, died last month of a gunshot wound to the head. Investigators are investigating his death as a suicide, but haven’t yet determined his cause of death. […]

FBI awaiting autopsy on black man found hanged; He was ‘very adamant that he would never take his own life’

March 24, 2015 Online Editor News, The Buzz Comments Off on FBI awaiting autopsy on black man found hanged; He was ‘very adamant that he would never take his own life’