JACKSON – (AP) The leader of a Senate transportation study committee proposes the state should levy $700 million in new taxes to support road maintenance as well as some other non-transportation related projects.

Sen. Willie Simmons, D-Cleveland, said the proposal, which would be the largest state tax increase in more than 20 years, is only a starting point for discussion, and invited alternate proposals. 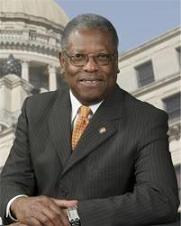 But some members of his committee quickly indicated they aren't interested in that much spending, and may oppose any new taxes, especially the $150 million a year that Simmons proposed for university, community college, state agency and local water and sewer construction. Simmons admitted those extra items were “stretching it.''

But he defended his plan, which calls for $358 million a year in higher gasoline taxes, more than $160 million in higher diesel taxes and reducing sales tax exemptions by $76 million.

Leaders of the Mississippi Department of Transportation say they don't have enough money to keep current roads and bridges from deteriorating and need hundreds of millions more per year. Central District Transportation Commissioner Dick Hall, a Republican, has spent more than a year trying to build support for a tax increase.

The state Senate asked the panel to examine transportation needs and make recommendations to lawmakers in 2014.

MDOT Executive Director Melinda McGrath presented figures projecting that at current levels of funding, roads would steadily deteriorate in coming years. The department's own goals show that Mississippi's interstate system is already too rough, while four-lane highways are projected to fall below current goals by 2015.

McGrath said roads can deteriorate rapidly from traffic and weather, citing a stretch of U.S. 45 Alternate north of West Point that ended up potholed following last winter's freezes and rains.

She said the department received some funding bumps from federal and state money in recent years, but those extra funds are running out and construction contracts are projected to fall back to about $300 million a year, roughly where they were in the 1990s.

Under questions from Simmons and Mississippi Center for Public Policy Director Forest Thigpen, McGrath said former leaders of the department spent money on things current leaders would not, including a $180 million project to realign interchanges and add frontage roads in suburban Madison County. Thigpen also cited spending to renovate offices and an aborted effort to dig a water well for department headquarters.

“We need to get our act together before we add more money,'' said Thigpen, who voiced the concern that big tax increases would harm the economy.

Hall, who fought against much of the spending when he was a one-man minority on the three-member commission, said that era is over.

Hall said the basic problem is that the cost of asphalt, steel and concrete have all increased since the last time the gas tax was raised in Mississippi, and the 18-cent-per-gallon levy hasn't kept pace.

“Ain't no way that works,'' Hall said. “You can have the best management in the world and you can't make that work.''

Jay Moon, CEO of the Mississippi Manufacturers Association, is calling for an independent study, to figure out where money should be spent.

McGrath said her department prioritizes work based on traffic levels and road conditions.