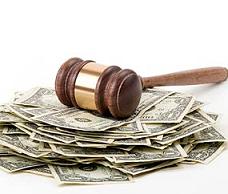 Earwood previously pled guilty to devising and executing a scheme to obtain money from a business partner by falsely representing that the money would be used to maintain real property owned by Kinwood Capitol Group. He admitted transferring title to the real property assets of the business without the knowledge and consent of his business partner, who held a majority interest in the assets of the business.

From The Mississippi Link Newswire MADISON – The Mississippi Department of Transportation (MDOT), will host a Safe Routes to School Groundbreaking Ceremony to kick off the Madison SRTS project. The event will take place at […]

The first day back at school typically means lots of forms to fill out from clubs, classes and extracurricular activities. But some students in one district also have to sign a consent form to be tested for drugs in order to receive a parking permit.

An amendment to Madison County Schools’ drug testing policy means students who drive to school are now subject to random tests, a move applauded by parents and administrators but questioned by a civil rights group.

The district already randomly tests any student involved in extracurricular activities from grades seven and up. However, the new policy expands the testing pool by also adding all sophomores, juniors and seniors who purchase a parking decal, a requirement dubbed “pee to park” in some circles. […]