Arson a way out of debt for many, authorities said 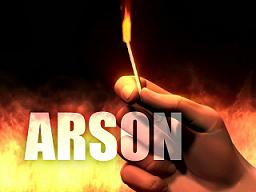 WAPT-TV reports that firefighters responded to the fire on Shady Circle on Sunday about 2 a.m.

Nobody was injured in the blaze. Authorities arrested 39-year-old Ernest Day and 19-year-old Hezekiah Beach.

The fire department said Day and Beach were taken to the Raymond Detention Center to await their initial court appearance on arson charges.

State Chief Deputy Fire Marshal Ricky Davis said many cases of arson occur because homeowners can’t afford to make payments and look at their insurance policy as a way out.

The passenger in a single car accident Saturday night died and the driver is hospitalized.

Jackson County Coroner Vicki Broadus told The Sun Herald that 23-year-old Donald Thompson died Sunday morning at Singing River Hospital. She said the cause of his death was internal injuries.

Moss Point Police Chief Keith Davis said the accident happened on Grierson Street near the intersection of Orange Grove Road at about 9:45 p.m. Saturday, July 13. Davis said the sport utility vehicle in which Thompson was riding hit a pole and flipped, ending up next to a restaurant.

The driver remains hospitalized as a result of the accident.

Davis said the accident is still under investigation.

Agents say they seized 250 pounds of marijuana with a street value estimated at $200,000 when they arrested a Gautier man on Wednesday, July 10.

The Sun Herald reports Robert Sumlin II was booked with possession of a controlled substance with intent to distribute.

The arrest was made by agents with the South Mississippi Metro Enforcement Team and the Gautier Police Department. Authorities say the drug was found in Sumlin’s vehicle.

Police say more arrests are possible in a probe of local drug trafficking.

Amory resident Martha Dalrymple has donated 34 acres of land to the city of Amory for development of nature trails.

Dalrymple tells the Northeast Mississippi Daily Journal that there’s a slough where trails can go around and through.

The trails will be for non-motorized use where pedestrians can enjoy hiking, walking, running and bicycling. The trails will also be wheelchair accessible.

The city and Wildlife Mississippi have applied for a $100,000 grant to help develop the trails.

Amory grant administrator Jamie Morgan says once completed, the trails will offer education and recreational opportunities as well as showcase the different natural habitats in the area.

News Briefs From Across The State By Monica Land One employee shot in the head Two people have been released from the hospital following a shooting at the Sonic Drive-In on June 7. Tupelo police […]

January 30, 2014 Online Editor News, The Buzz Comments Off on Port Gibson man charged with murder in shooting death of girlfriend

PORT GIBSON, Mississippi (AP) — Authorities say a Port Gibson man has been charged with murder in the fatal shooting of his girlfriend on Monday. Davis will have an initial appearance Thursday before Justice Court […]