NATCHEZ – (AP) Despite increased revenues since the city’s second casino opened in December, a Mississippi gambling expert says it could take several years for Natchez to see substantial growth to the local casino market. 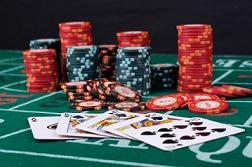 Former University of Southern Mississippi professor, researcher and author Dr. Denise Runge said she would, of course, not have expected local gambling revenues to instantaneously double with the opening of a new casino.

“It’s so hard to draw real clear comparisons because (Magnolia Bluffs Casino) opened up on the tail end of a recession going into recovery,” she said.

Runge, now provost of Oglethorpe University in Atlanta, led extensive research projects on Mississippi casinos several years ago and edited a book on the subject, “Resorting to Casinos: The Mississippi Gambling Industry,” University Press of Mississippi, 2006, under her pre-marriage last name, von Herrmann.

Gambling revenues, Runge said, generally take three to five years to really show the effect of the expansion of the local market, if any has occurred after an additional casino opens.

Typical tourists who travel to a location specifically for gambling are less interested in an area that has one or two smaller properties, Runge said.

“Because if I have a bad night at casino A, I can go to casino B or C and so on,” she said.

That ability for visitors to visit multiple properties in the same vicinity, Runge said, is a significant component of the gambling market. Adding a third or fourth casino, Runge said, would have more of an impact on the market than just adding a second.

“It would certainly help,” she said.

One of the problems Natchez’s gambling market has, Runge said, is the relative ease – or lack thereof – of access to a large airport, which would theoretically attract more out-of-town visitors.

“We thought that might be a problem for Tunica, but it has not turned out to be significant,” she said. “People are willing to drive a little ways, approximately 100-150 miles studies show (to a property with multiple casinos).”

Overall, Runge said, the incremental increases the Natchez gambling market has seen since Magnolia Bluffs Casino opened are what she would have expected.

“And if the (economic) recovery becomes increasingly robust, then I think the growth of the market is very likely,” she said.

If the economy becomes stagnant or dips back down, it would slow down any expansion of the local gambling market.

“As it would with any entertainment industry,” Runge said.

She said any additional expansion in the market may be years away.

“It’s not clear that we’re going to have a real robust (economic) recovery anytime soon,” she said.

At some point, Runge said, she would expect, or recommend, that Natchez’s two casino work together to market themselves.

“I would expect them to engage in some kind of cross marketing and let people know that there are multiple facilities and that they have options and can stay longer and have a more diverse experience,” Runge said. “That tends to, over time, help make it an overnight destination market.”

PROVIDENCE, R.I. (AP) — The chairman of Twin River says the casino company is well-positioned to meet the threat of expanded gambling in Massachusetts, with the addition of table games and the acquisition of a […]

Ten additional individuals have been indicted in connection with the riot that occurred at the Adams County Correctional Center (ACCC) in Natchez, Mississippi on May 20, 2012, the FBI and the U.S. Attorney announced this week.

The ACCC houses approximately 2,500 non-resident aliens who have been convicted of federal charges in the United States. During the riot, several correctional officers were assaulted.

Correctional Officer (CO) Catlin Carithers died as a result of injuries he received during these assaults. […]

NATCHEZ, Mississippi — Actors and musicians looking to land a part in the upcoming James Brown movie to be filmed in Natchez will have their chance this weekend.

The Natchez Democrat reports Universal Pictures is scheduled to have a casting call for “Get On Up” Saturday at the Natchez City Auditorium.