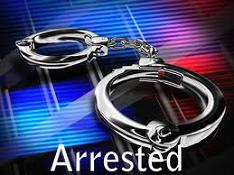 JACKSON – A Petal woman has been arrested for allegedly making herself the power of attorney for an elderly woman with Alzheimer’s and taking her money illegally.

Attorney General Jim Hood said investigators the Vulnerable Adult Unit presented the case to the Grand Jury alleging that Gordan signed papers naming herself to have Power of Attorney over the affairs of an elderly woman who was diagnosed with Alzheimer’s, and subsequently took money that was intended for the victim.

The circumstances were brought to the Attorney General’s Office by Hattiesburg Attorney Jolly Matthews with help from Regions Bank who noted unusual circumstances during a check cashing incident.

Gordon was arrested on a capias issued by the Forrest County Grand Jury.

If convicted, Gordan faces a maximum sentence of ten years and a $10,000 fine.  She is currently incarcerated in the Forrest County Jail.

Johnnetta White, 23, of Camden, appeared in Madison County Circuit Court for sentencing after having previously entered an open plea of guilty to one count of insurance fraud. […]