JACKSON – (AP) The housing market is looking up in central Mississippi. Prices are higher and sales faster than they were a year ago, The Clarion-Ledger reported. 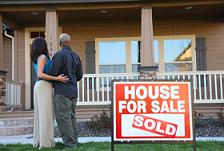 “Confidence is up. Lenders are lending, based on (low) interest. Buyers are better educated,” she said

The association’s 2,911 new listings in those counties for the first four months of 2013 are up nearly 5 percent from those same months last year. The association says closed sales are up 4.2 percent, and pending sales have increased by 5.8 percent.

The average sales price for the period was $158,036 – a 7.3 percent increase from the same period last year.

Interest rates remain below 4 percent, creating a buyer-friendly market, said Johnny Brown of ERA Real Estate Professionals in Ridgeland. Those rates likely will gradually increase should the housing market continue to recover, so shoppers are buying now to get the lower rates, he says.

That run means the supply is thinner, pushing list and sales prices higher. April inventory in the seven-county area was down 8.2 percent in April compared to April 2012, and months’ worth of inventory was down to 8.9 months in April from 9.9 months on a year-over-year basis.

“We’re beginning to have a shortage of listings,” Brown said. “I’ve got a couple of clients who, for a house with their specifications, you just can’t find many of those right now.”