One victim airlifted from the scene 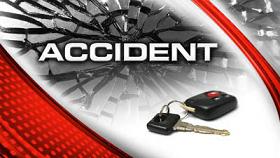 According to American Medical Response officials, emergency responders arrived on the scene at the intersection of Highway 603 and Texas Flat Road in Hancock County shortly after 5 p.m.

When they arrived, five people had to be transported to area hospitals for injuries. Another person had to be air-lifted. One of the vehicles involved had an Illinois license plate.

There are no reported fatalities, WLOX reported.

Margaret DeMoville, a prominent leader with the Daughters of the American Revolution and a civic activist in both Okolona and Tupelo for more than 30 years, died of cancer Sunday, June 9, at her home in Tupelo. She was 64.

Officials with Holland Funeral Directors said services were June 12 at the First Presbyterian Church of Tupelo. DeMoville will be buried at her family plot in Oddfellows Cemetery in Okolona.

DeMoville had served as vice president general of the DAR and traveled across the country promoting its programs. She organized and promoted observances involving national holidays, American history and other community activities.

DeMoville had been chairwoman of the board of the Bank of Okolona since 1998.

Survivors include a sister, Dixie Johnson and her family of Germantown, Tenn.

There’s hardly room to squeeze through the boxes of DeSoto County records packed nearly to the ceiling of a third-floor room of the county administration building.

Supervisor Lee Caldwell of Nesbit tells The Commercial Appeal that the only box that isn’t full is the Toys for Tots Christmas donation box.

The Board of Supervisors has approved $20,000 to hire two temporary workers to begin turning all that paper into computerized records. The workers will scan and digitize the files.

County Administrator Vanessa Lynchard says that in the long run, the project will save the county hundreds of thousands of dollars.

Desiree Roby, a 6th grade home schooled student from Jackson was Mississippi’s 2013 Spelling Bee Champion. Roby won the Mississippi Spelling Bee in the 26th round in March by successfully spelling “dowager,” defined as an elderly woman of wealth and dignity.

The runner-up was Dev Jaiswal, a 6th grade student from Winston Academy. Dev was eliminated in Round 25 with the word “styptic,” defined as tending to halt bleeding by contracting the tissues or blood vessels.

Jaiswal was the 2012 winner of the Mississippi spelling bee.

The winner of that competition was 13-year-old Arvind Mahankali from Bayside, New York. His winning word was “knaidal,” which is a type of dumpling.

A federal judge has scheduled an August trial for a man charged with 10 counts of distributing cocaine in Clay and Chickasaw counties.

The indictment in the case charges Jamel Banks with distributing the drug on numerous occasions from July to October in 2011. The amounts he’s charged with selling on different occasions range from six grams to more than 28 grams.

He was indicted October 25. He pleaded not guilty in February.

The trial is scheduled for Aug. 19 in U.S. District Court in Oxford.

Special To The Mississippi Link JACKSON – Dev Jaiswal, a 5th grade student from Winston Academy, is Mississippi’s 2012 Spelling Bee Champion. Dev spelled the championship word mordacious in the 30th round of the Bee […]