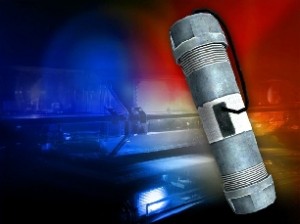 A detention hearing has been scheduled for June 19 for man arrested after authorities found a bomb in a car at a state prison in Leakesville. Federal court papers show John Harberson of Carriere was one of three people arrested after officers at the South Mississippi Correctional Institution found a pipe bomb in a vehicle earlier this month.

Harberson is charged in U.S. District Court in Gulfport with manufacturing a destructive device.

Authorities don’t believe the bomb was intended for the prison.

Harberson said he forgot the new bomb was in the car when he went to the prison for a visit.

Sean K. Smith, director of the Corrections Investigation Division of the Mississippi Department of Corrections has said the device was found during a routine search of the visitors’ vehicle at the secure entrance gate.

He has said authorities don’t believe the inmate he was going to visit had any knowledge of the bomb.

The United Methodist Church in Mississippi recently honored 28 white ministers who took a stand against segregation half a century ago.

Slain civil rights activist Medgar Evers’ wife, Myrlie Evers, was to present the state conference’s Emma Elzy Award on Sundaym June 9 to ministers Keith Tonkel and Maxie Dunnam on behalf of all 28 who signed the statement published in January 1963. It was written largely in response to riots after James Meredith was admitted to the University of Mississippi in autumn 1962.

The Commercial Appeal reports that within six months of its publication in the Mississippi Methodist Advocate, at least 20 of the pastors who signed it had left Mississippi because of public and private threats and condemnation.

Fifteen of the ministers are still alive.

Tornado damage to the University of Southern Mississippi’s wrought-iron fence has been fixed, and the fence is nearly complete.

The fence was nearly done when several sections facing Hardy Street were flattened by the tornado that ripped through the Pine Belt on Feb. 10.

Physical Plant Director Chris Crenshaw tells the Hattiesburg American that the tornado delayed construction about 50 days, but only destroyed a few of the wrought-iron segments that it knocked down.

He says only a few last-minute fixes remain in the $550,000 Mississippi Department of Transportation project.

School trailers being hauled away from Smithville

The school system utilized the trailers as a temporary location for the Monroe County school for two years.

Crews have started the process of unhitching and cleaning the trailers, and some have already been trucked out of town, WTVA-TV reports.

The trailers were used as temporary classrooms and office buildings after the April 2011 tornado destroyed the K-12 school.

School administrators say they are excited about starting the school year at the original campus on Aug. 7.

The trailers are headed to Birmingham, Ala., for refurbishing before going to their next destination.

The Delta Democrat Times reports the City Council has accepted a bid of $134,845 from Pac Mac Refuse & Recycling Equipment of Bay Springs, for a 2014 Kenworth rear-load trash truck and a $82,236 bid from JCB of Arkansas for an articulated loader.

Public Works Director Brad Jones the city needs to replace some of the existing trucks in its fleet.

The new trucks are expected to arrive in a matter of weeks.

By EMILY WAGSTER PETTUS Associated Press JACKSON, Miss. (AP) — Keith Tonkel, one of 28 white United Methodist ministers who signed a statement condemning segregation and racism in the Deep South in 1963, has died. […]

November 18, 2014 Online Editor Religion, The Buzz Comments Off on Mississippi pastor again seeks to not be required to register as sex offender

JACKSON, Mississippi (AP) — The Rev. Jeffery A. Stallworth is again arguing to the Mississippi Supreme Court that he couldn’t have to register as a sex offender after his criminal record was expunged in Maryland. […]