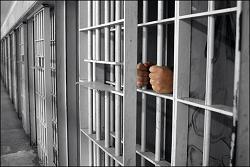 The U.S. Justice Department intervened 16 years ago because of complaints about overcrowding and understaffing at the lock-up. Brisolara says those problems have been solved, but says federal officials keep making new demands.

Brisolara complained about the situation to the Harrison County Board of Supervisors in recent days, WLOX-TV reports.

“At 16 years of this, somebody is not doing their job,” he said. “This court decree should have never lasted this long. Either they aren’t doing theirs or we aren’t doing ours. And if it’s us, then they need to come down here and run it.”

New doors and new locks were a big part of the $13 million in jail improvements in 2008.

“That was a major issue we had with the doors was the fact they were swing doors,” Brisolara said. “So every door’s been changed to a slider, which is a lot safer for the inmates and correctional staff.”

The kitchen is also safer and Justice Department compliant.

“We replaced every bit of the cooking equipment down here,” the sheriff said. “We completely took the floor out of this facility and replaced the floor in here to get it to comply with what justice wanted.”

One option would be for the county to ask a judge to terminate Justice Department oversight.

A federal delegation visited the jail in May and will return in November. The Justice Department inspects twice a year and also requires monthly reports.