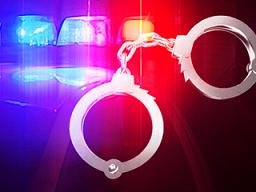 JACKSON   – Two correctional officers have been arrested on felony possession charges at Central Mississippi Correctional Facility after contraband items were found during a random check of vehicles on prison grounds.

“Regardless if you are staff or civilians, we will not tolerate drugs or alcohol on the grounds of any Mississippi Department of Corrections’ facility,” Commissioner Christopher Epps said. “Unfortunately, some employees are not abiding by this zero tolerance, and those employees should not reflect on the MDOC staff as a whole. Most of our employees are men and women who steadfastly carry out their duties with the upmost integrity every day and might not ever get the notoriety they deserve.”

Officer trainee Amaris Sherman, a probationary employee, and Officer Jelisa Tolible were arrested Tuesday night before the start of their shifts and taken to the Rankin County Detention Center.

Sherman is charged with felony possession of marijuana, and will be terminated.

Tolible is charged with felony possession of alcohol on state property and misdemeanor possession of tobacco, and faces disciplinary action.

Both employees, 22, were hired within the last year. They are awaiting an initial court appearance.