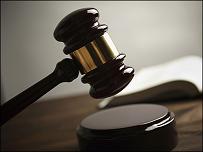 A Warren County man has been sentenced to two years in prison for lying under oath about slashing four sets of tires.

Nevels allegedly lied during a June 15 probation hearing when he denied slashing the tires. Court records show a woman testified that she saw him slash the tires, and his blood was found on one of them.

Circuit Judge M. James Chaney also sentenced Nevels to three years of probation following his prison sentence and ordered him to pay nearly $1,500 in restitution and a $1,000 fine.

The Hattiesburg American reports that the order last week also requires the ambulance service to turn over copies of complaints made against it.

Wesley sued Forest General, AAA Ambulance Service and the Forrest County Board of Supervisors in April 2012, alleging that lies steered patients away from Wesley’s emergency room and to Forrest General’s.

The lawsuit alleges that some patients were falsely classified as trauma patients requiring treatment at Forrest General, and others were told Wesley lacked specialists or other things needed to care for their medical emergencies.

The hospital and ambulance service have denied the allegations.

About half of the dogs taken from what the Humane Society of South Mississippi calls a horrifying puppy mill have been adopted.

WLOX-TV reports that more than 50 of the 102 small-breed dogs were adopted Saturday.

Pamela Brown says she went to the Humane Society office in Gulfport at 10 p.m. Friday to be first in line Saturday morning.

Humane Society workers warned that people will have to be very patient with the dogs, which range from 8 months to 8 years old and were penned.

Spokeswoman Krystyna Szczechowski says they’re not housebroken or used to people, and many have heartworms.

Their former owner, 72-year-old James Thornhill, was booked with one count of misdemeanor animal cruelty. He denies mistreating the dogs.

The Northeast Mississippi Daily Journal reports that the amount of the increase varies depending upon the type of pickup a business receives. Price increases range from $3 to $6.

For businesses using commercial industrial dumpsters, the monthly cost has increased to $25 for a two-yard dumpster, $30 for a four-yard dumpster and $40 for a six-yard dumpster. These increases range from $5 to $10 over the previous rates.

Authorities said a Mississippi man has been charged with animal cruelty a day after surrendering 104 dogs to a rescue organization, but the man denied mistreating the animals.

The dogs, mostly Boston terriers, dachshunds, Yorkshire terriers and Chihuahuas, were taken on May 20 to the Humane Society of South Mississippi in Gulfport after the owner signed them over. […]

Mississippi high school student back in court over rap song

JACKSON, Mississippi (AP) — It’s back to court for a Mississippi high school student who argues he was exercising his right of free speech when he posted a rap song online that criticized two coaches […]

Man gets 40 years for raping and robbing disabled woman

A Vicksburg man may spend the next 60 years behind bars for raping a woman who suffers from multiple sclerosis and then stealing her television.

The Vicksburg Post reported that Eddie Lee Harris was sentenced by Warren County Circuit Judge M. James Chaney to 40 years in prison for rape and 20 years for burglary. The sentences are to run concurrently. Under Mississippi law, Harris must serve every day of his 40-year rape sentence before he is eligible for release.