A 2-year-old girl died Sunday after being hit by a car at a family gathering. 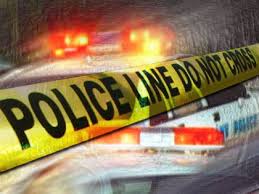 Huskey says no autopsy has been ordered.

Police Chief Walter Armstrong says the child was struck by a car driven by her aunt, 27-year-old Ebonay Brown, just before 7 p.m.

Armstrong says Brown was apparently trying to move the car to be washed when her foot slipped off the brake, hit the accelerator and crashed into the porch.

No charges have been filed.

The Mississippi Highway Patrol says it worked 129 accidents, including three traffic fatalities – who were not wearing seatbelts, over the holiday weekend.

The Highway Patrol used about $93,000 of federal grants to put an additional 252 troopers on the road during the Memorial Day holiday period, which began Friday evening and ended at midnight Monday.

WCBI reported that two of the fatal accidents occurred Saturday, one in Lamar County on I-59, involving two vehicles. One caught fire, killing 58-year-old Ellen Fitch of Hattiesburg.

A one vehicle accident the same day in George County killed 24-year-old Joseph Waltman. The third fatality occurred Sunday in Quitman County. That was a one-vehicle accident involving a motorcycle.

MHP also handed out 177 DUI citations and 780 seat belt tickets statewide and made five felony arrests and five drug arrests. Of the 129 accidents, only three were alcohol related.

Last year, troopers issued 8,367 tickets, investigated 101 crashes and made 246 DUI arrests over the period. There were no deaths investigated by troopers during the 2012 holiday weekend.

There’s a lot of interest in the vacancy for school superintendent in McComb.

The Enterprise-Journal reports that 19 people have applied to replace Therese Palmertree, who is retiring.

The school board met Saturday, going into secret session to discuss the candidates. Resumes were presented by Mike Waldrop and Harold Fisher of the Mississippi School Boards Association, which had a search contract.

Eleven have a doctorate, eight are women, and 16 are from Mississippi. There’s one each from Arkansas, Indiana and Oklahoma.

The school board will discuss the search again on June 6.

McComb School District officials predict the renovated track at C.C. Moore Stadium will rival any in the state.

Work on the $750,000 project began in October and is expected to be completed by mid-February. The renovation is being done by JBHM Architects of Jackson. The improved track will have eight running lanes. […]

The Mississippi Highway Patrol continues to investigate an early afternoon crash in Lee County that claimed the life of a Baldwyn woman, WCBI reports.

Troopers were dispatched to the Christmas Day crash about 1 p.m., on MS 245, just south of Shannon.

Authorities said it appeared Timothy Autrey, 26, of Baldwyn, was traveling south in a 1997 Ford F-150, when he lost control of the vehicle and overturned. […]

JACKSON, Mississippi — The Mississippi Highway Patrol is looking for a vehicle that struck and killed a Marine from Alabama. The highway patrol says 25-year-old Cason Bryant Park, of Gordo, Ala., was traveling west on […]