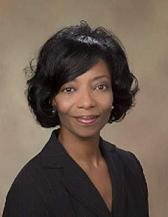 If confirmed, Brown would be the first African-American woman to serve as a federal district judge in the state, said a spokesman for Mississippi's senior U.S. senator, Republican Thad Cochran.

“I congratulate Debra Brown on her historic nomination and am hopeful the Senate will conduct a timely and thorough consideration of her qualifications to join the federal bench,'' Cochran said in a news release.

“Debra Brown has a distinguished background in the practice of law,'' Wicker said. “She is well-regarded among a number of people across the legal and political spectrum, and I am impressed by what they say about her qualifications and character. I will ask the Senate Judiciary Committee to schedule her hearing in the very near future.''

Brown is a shareholder in a Jackson law firm, Wise Carter Child & Caraway, where she has worked since January 2012. The firm's website says her main areas of practice have been in commercial, construction and general liability litigation.

She worked at another Jackson firm, Phelps Dunbar, more than 14 years.