JACKSON – Mississippi farmers expect to have more than 1 million acres in corn this year and about 120,000 acres in rice – the largest corn acreage in 53 years and a 36-year low for rice. 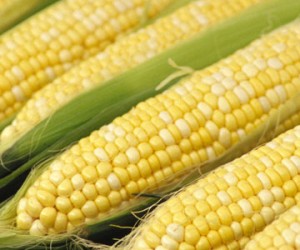 The soybean acreage is changed little from last year’s 1.97 million acres, but farmers are planting 230,000 acres more of corn.

“That would be the first time we’ve been over 1 million acres since 1960,” said economist John Michael Riley of the Mississippi State University Agricultural Extension Service. “We came close in 2007, with 930,000 acres, but still didn’t eclipse that 1 million-acre mark.”

Rice prices haven’t been extremely low, it’s just that other crops are paying better, he said.

Cotton acreage has fallen fairly steadily since 2007, when 1.2 million acres were planted in Mississippi.

Higher cotton prices going into 2011 and 2012 “led to a bump in cotton acres” for those years, Riley said. He said some farmers may have planted more than they thought they might because prices have risen from about 70 cents a pound at the end of 2012 to 88 cents a pound, he said.

“Exports have been really strong. The improving U.S. economy has definitely helped” raise cotton prices, he said. “Cotton is very finicky when it comes to general economic news.”

That’s because people can put off buying shirts but will always need to eat, he said.

Still, cotton is a less attractive crop than corn or soybeans.  “We’re seeing that pretty much across the Delta,” he said.  “Not only Mississippi but Louisiana and Arkansas have lost a tremendous amount of acreage” in cotton.

Corn is much less expensive to grow and its futures prices are $5.55 a bushel, not far from the $5.60 price a year ago, Riley said.

“After the year that we had with the droughts in the Midwest, corn supplies are extremely tight right now. I think that’s what’s got everybody charged up about getting some corn in the ground,” he said.

The one big question for farmers is how long the cold snap will last, he said. “For some reason, it’s suddenly become winter again. The Mid-South is really cold. Soils are very cold. That’s not very conducive to getting a plant out of the ground.”

About 44 percent of Mississippi’s corn had been planted by March 31, he said.

“In Mississippi, the Mid-South, they’re able to get corn into the ground in March and take advantage of the earlier market,” Riley said. Farmers who haven’t planted corn by the end of April might plant something else, such as soybeans, he said.

Last year’s acreage and this year’s planting intentions for other crops in Mississippi, according to USDA:

Ole Miss, Mississippi State tied for No. 3 in AP poll, highest ranking ever for Bulldogs

October 6, 2014 Online Editor News, Sports Comments Off on Ole Miss, Mississippi State tied for No. 3 in AP poll, highest ranking ever for Bulldogs

STARKVILLE, Mississippi (AP) — Mississippi’s Southeastern Conference teams have never been this good and this close. Ole Miss and Mississippi State are tied for third in The Associated Press college football poll after a wild […]

The two traits helped Renfroe have a breakout season. On May 20th, he was named the winner of the C Spire Ferriss Trophy during a ceremony at the Mississippi Sports Hall of Fame.

The award, voted on by a panel of professional scouts, college coaches and a media member, is given to Mississippi’s top college baseball player. The 6-foot-1, 216-pound Renfroe leads the Bulldogs with a .362 batting average, 15 homers, 51 RBIs and nine stolen bases. […]

HATTIESBURG – (AP) As Mississippi school districts prepare to implement new federal school lunch rules next year, most also will increase lunch prices. The Forrest County School District will probably up the price of a […]