JACKSON – (AP) Abortion opponents are pushing for another Mississippi ballot initiative that would define life as beginning at conception, coming less than two years after 58 percent of voters in the conservative state rejected a nearly identical proposal. 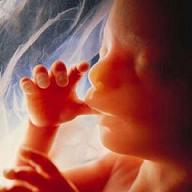 Sponsors who filed paperwork for a new initiative said they believe people were misled about the measure that was defeated in November 2011.

Opponents call the move a waste of time.

“Mississippi voters have already spoken: Health care decisions should be left to a woman, her family, her doctor, and her faith – not politicians,” Felicia Brown-Williams, director of public policy for Planned Parenthood Southeast, said in a news release.

Les Riley, of Pontotoc, who’s with Personhood Mississippi, said during a conference call to announce the initiative: “Yes, they have spoken. They spoke and said they were confused. They didn’t understand the last amendment.”

The proposed initiative says: “The right to life begins at conception. All human beings, at every stage of development, are unique, created in God’s image and shall have equal rights as persons under the law.”

The 2011 initiative said: “Should the term `person’ be defined to include every human being from the moment of fertilization, cloning, or the equivalent thereof?”

The attorney general’s office must prepare a ballot title and summary for the new initiative, which could take a few weeks. Once that’s done, the initiative’s sponsors would have one year to gather at least 107,216 signatures to get the measure on the ballot. That means the earliest likely date for a vote would be in November 2014, when there are congressional elections, or November 2015, coinciding with the next governor’s election.

Opponents say “personhood” proposals would ban most abortions. That could be unconstitutional under Roe vs. Wade, the 1973 U.S. Supreme Court decision that established a nationwide right to abortion. They also say the proposals could outlaw some types of contraception, endanger in vitro fertilization and put some doctors at legal risk.

A group called Parents Against Personhood says amending the state constitution to define life as beginning at conception could prevent the freezing of fertilized eggs, a common practice during in vitro fertilization procedures.

“Moreover, infertility doctors and lab staff could become criminally and civilly liable for injury or damage to embryos, just as doctors can be held liable for malpractice which injures or kills people,” Parents Against Personhood says on its website.

Stephen Crampton, an attorney for the conservative group Liberty Counsel, is working with the initiative sponsors. He said in a statement Tuesday that the proposal would not ban in vitro fertilization or contraception, would not endanger women’s health care and would not put doctors in legal jeopardy.

“There is nothing controversial about these propositions,” Crampton said.

However, Jennifer Mason, a spokeswoman for Personhood USA, said during the conference call that the proposal, if approved, could ban some in vitro fertilization practices, including implanting multiple fertilized eggs and selectively aborting some. She said doctors would be prevented from “putting just an insane amount of babies into a woman.”

Planned Parenthood has one clinic in Mississippi where it offers contraception and testing for sexually transmitted diseases but does not do abortions. Brown-Williams, of Planned Parenthood, called the proposed initiative a “divisive constitutional amendment with dangerous unintended consequences.”

“Given Mississippi’s high rates of infant mortality, unintended pregnancy and teen births, it is time to focus on expanding access to affordable, quality health care,” she said.