A former Rolling Fork police officer who confessed to having sex with a 15-year-old South Delta High School student in 2011 will spend five years in prison. 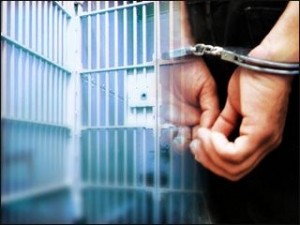 Richards, 30, must register as a sex offender upon release.

Richards was assigned to provide security each morning at South Delta High School, where he met the girl, according to court records.

In August 2011, he met the girl behind the school and took her to his home, where they had sex, court records indicate.

Richards confessed the encounter to a state investigator.

Man found dead under a bridge in Lafayette County

WCBI is reporting that a 49-year-old man was found dead Monday, April 1under a bridge on Highway 7 North near Abbeville.

A passerby spotted the body of Gary Blackmon and notified authorities.

County officials did not state if the body had sustained trauma, but said the cause of death would be determined by an autopsy.

The body of a man found in a Lafayette County creek has been identified as that of McKenzie Darrell Frierson, who had been missing since Jan. 31.

Scott Mills, chief investigator for the Lafayette County Sheriff’s Department, said cause of death is not being publicly released while the investigation continues.

He says the case is being investigated as a homicide.

The Mississippi Bureau of Investigation is looking into the fatal shooting of a man by a Bolivar County deputy during an auto burglary investigation.

The Bolivar Commercial reports that the deputy involved in the incident has not been identified.

Sheriff Kelvin Williams said the incident began when seven people were allegedly caught breaking into vehicles at local automotive shop. He says they fled the scene and were stopped by the deputy on a back road east of U.S. Highway 61 north of Cleveland.

Six other suspects were arrested and charged each with three counts of felony auto burglary.

Ex-teacher back in jail for probation violation

By Monica Land  ROLLING FORK – A former South Delta High School teacher, convicted of having sex with a student at school in 2009, is back in jail on a probation violation. Rodney Ashford, 35, […]