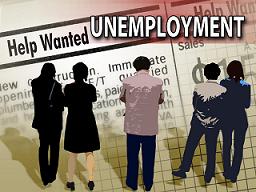 JACKSON – (AP) Mississippi’s unemployment jumped to 9.3 percent in January, wiping out almost a year’s worth of job gains.

The state’s unemployment rate was 8.6 percent in December and 10 percent rate in January 2012.

The number of people who reported having a job fell even as the state’s labor force shrank. Mississippi reported 141,000 unemployed people in December, up from 123,000 in December and 135,000 in January

The Mississippi Department of Employment Security reported figures on March 13.

The state’s job market grew in the fall after hitting a rough patch in the middle of 2012. Overall performance has been feeble, with 4 percent fewer people with jobs than in January 2008.

A separate survey of employer payrolls shows non-farm employees fell slightly from December but remained above levels of January 2012.