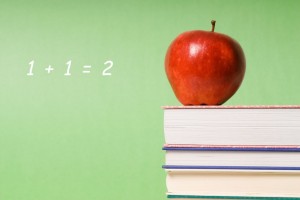 A Brandon Middle School teacher is on suspension after what school district officials are referring to as a “disciplinary issue.”

Angela Smith told The Clarion-Ledger her eighth grade son was shoved on March 19 by information and communication technology teacher Terry Williams after he was caught tossing a piece of candy across the room.

him with his chest.

The newspaper reports Williams could not be reached for comment.

Mississippi’s top law enforcement officials say federal investigators are now looking at supervisors of a former trooper who admitted slamming a woman to the floor and stamping on her in the Lee County Jail.

He said public complaints about troopers usually go through a series of internal reviews. But he says that didn’t happen in the case of Chris Hughes, a former Biloxi-area trooper who pleaded guilty recently to depriving the woman of her civil rights.

The newspaper said an official response to its queries about Hughes’ supervisors said they were a personnel matter not likely to be answered soon because of a federal investigation.

Another Dem asks to get back on mayoral ballot

The Vicksburg Municipal Democratic Executive Committee has not yet ruled on whether to keep Linda Fondren out of the Democratic primary for mayor, but she’s already gone to court to get back on the ballot.

The Vicksburg Post reported that the committee was scheduled to meet Monday to discuss Fondren’s residency. She asked Warren County Circuit Court last Friday to order her reinstatement.

The committee struck her from the ballot because her four vehicles are registered outside the city.

At a hearing this month, attorney Willie Griffin argued that property records show she lives in Vicksburg.

During that hearing, the committee reinstated David Day but ruled that Lester Smith remains disqualified as a convicted felon.

Four other candidates are on the ballot. The winner will face Independent Daryl Hollingsworth on June 4.

A federal judge has dismissed an excessive-force lawsuit against Waveland’s mayor and former police chief, but will allow claims to move forward against two officers.

The Sun Herald reports that the decision was made in a partial summary judgment last week by U.S. District Judge Louis Guirola Jr.

The judge also dismissed most of the complaints against the two officers who arrested Seymour before a Mardi Gras parade on Feb. 7, 2010.

The judge says Garcia and Varnell cannot be held liable for Seymour’s alleged treatment because they were not present when he was arrested.

A 61-year-old man has been ordered to serve 16 years in prison for stabbing and robbing a woman who was selling shrimp from the back of her van in Waveland. The Sun Herald reports Larry K. Hurt, of Waveland, was sentenced in Hancock County Circuit Court.

Hurt pleaded guilty to the armed robbery and aggravated assault of Ly Le, a woman known by locals as “the shrimp lady.” He stabbed her in the left shoulder and robbed her of $159 on Nov. 13, 2011. […]

The pedestrian killed by an alleged hit-and-run driver in Biloxi over the weekend has been identified as 70-year-old David Honarka, of Greenback, Tenn.

Hargrove says Honarka would often visit Biloxi casinos while his wife was visiting with relatives. […]