LAUREL – (AP) A federal judge has given final approval to a settlement by Howard Industries, a Laurel-based electric transformer company, to pay $1.3 million and hire at least 70 workers to end a class action lawsuit. 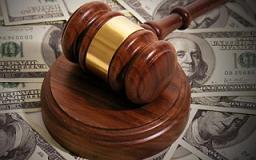 The lawsuit was filed by four black women who accused the company of discrimination for allegedly hiring only Hispanic workers.

Court records show Howard Industries will pay $1.3 million into a settlement fund to be paid to possibly as many as 5,000 non-Hispanic individuals who applied for jobs at the company between March 2003 and Aug. 28, 2008.

Also, within nine months after the settlement, the company will hire at least 70 of the individuals who had applied for jobs.

Howard Industries, according to court records, entered the settlement without admitting any wrongdoing.

The lawsuit claimed that one of the plaintiffs applied for a job at the Howard Industries electrical transformer plant in Laurel, Miss., every three to six months beginning in 2002, but wasn’t offered a position until after the 2008 raid. The other plaintiffs made similar allegations.

Immigration agents detained nearly 600 illegal immigrants during the raid at the sprawling plant. Most of them were deported, though a handful faced identity theft charges. The company was fined $2.5 million in February 2011 after pleading guilty to conspiracy to violate immigration laws.

The lawsuit claimed Howard Industries not only knew it was hiring illegal immigrants, but instructed some on how to get false identities and concealed the fact that hundreds of employees were illegal immigrants. Federal authorities made similar allegations against the company.

Howard Industries repeatedly denied knowing that illegal immigrants worked at the plant, and blamed the situation on its former personnel director, Jose Humberto Gonzalez. Gonzalez was the only company executive charged in the case and pleaded guilty in December 2009. He was sentenced in 2011 to six months house arrest and five years on probation for knowingly hiring illegal immigrants. His fine was $4,000.

that their Social Security numbers were not valid, prosecutors said. The same allegation is made in the civil lawsuit.

Gonzalez admitted to similar allegations when he pleaded guilty.

JACKSON, Mississippi (AP) — Six more Mississippi school districts are joining a lawsuit against the state over shortfalls in education funding. With the additions announced Monday, there are now 20 plaintiffs in the lawsuit filed […]

JACKSON, Mississippi (AP) — Attorneys for six-term Sen. Thad Cochran told the Mississippi Supreme Court on Thursday that a challenger waited too long to file a lawsuit seeking to overturn Cochran’s victory in the June […]