JACKSON – A woman who fled to Texas to avoid prosecution has been returned to Mississippi and now faces charges of exploitation for stealing from the elderly and the vulnerable. 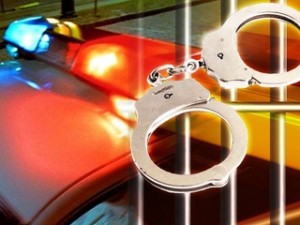 Janice Mohorn-Caines, 52, previously of Brandon, arrived at the Rankin County Jail on March 12 after waiving extradition and being transported from Round Rock, Tex. She had been picked up there on outstanding Mississippi warrants on Monday, March 11.

“This case should serve as notice that we will do whatever it takes to bring perpetrators to justice, even if it means bringing them in from two states away,” Attorney General Hood said

four counts of felonious exploitation of a vulnerable person.  Warrants had been outstanding since that time.

The indictment alleges that Mohorn-Caines was employed by Emeritus at Heritage House as a residential assistant.

Between March 25, 2011, and August 8, 2011, Mohorn-Caines is alleged to have taken the following items from residents of Emeritus: a gold solitaire diamond engagement ring, with the appraised value of $2,745; an 18 inch 14k gold herringbone necklace with the estimated value of $650; a gold diamond solitaire wedding band, gold man’s wedding band and a silver dollar collector piece, all of which was valued at more than $1,000; and a small gold and diamond pinky ring, 14k white gold ring with a set of three diamonds and a gold antique reproduction ring, all with the estimated value of $1,100.

Mohorn-Caines was scheduled to appear in Rankin County Circuit Court for arraignment.

JACKSON – (AP) On Thursday, March 8, the Mississippi Supreme Court upheld the pardons issued by former Gov. Haley Barbour during his final days in office, including those of four convicted killers and a robber […]

Seller of bootleg DVDs gets 2 years in prison

A Meridian man has been sentenced to two years in the custody of the Mississippi Department of Corrections (MDOC) after pleading guilty to selling pirated DVDs.

Antwun Sharell Jones, 28, of Meridian pleaded guilty and was sentenced by Judge Vernon R. Cotten in Neshoba County Circuit Court. Jones was arrested at a flea market near Philadelphia, Mississippi, after selling a bootleg copy of the movie “The Help” to an undercover investigator from the Attorney General’s Intellectual Property Theft Task Force.
[…]

The Associated Press Here are some news and notes from around Mississippi: In Olive Branch, city officials acted swiftly to do something about their beaver overpopulation, which could lead to a flooding problem if left […]