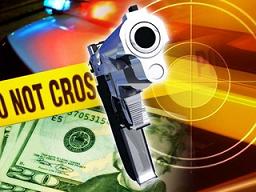 GULFPORT – (AP) Police in Gulfport say a 14-year-old boy is being charged as an adult after he allegedly robbed a Mexican restaurant at gunpoint.

The robbery happened last week. Investigators say the teen had dinner at Lupita’s Mexican Restaurant, but before he left, he pulled out a handgun and demanded money.

Workers at the restaurant called police as soon as he left. The teen was tracked down just west of the business and the stolen property was recovered.

The teen is not being identified. He was being held at the Harrison County Adult Detention Center in lieu of a $75,000

bond. The case could wind up being handled in a youth court.

March 31, 2014 Online Editor News, The Buzz Comments Off on Mississippi man convicted after ‘accidentally’ shooting a man 10 times is up for parole

JACKSON, Mississippi (AP) — The family of a Magee man killed in 1994 after being shot 10 times in what his assailant called an accident is asking the state Parole Board to keep Milton E. […]

Davis said 27-year-old Michael Tyrone Moore Jr. called the restaurant and ordered several pizzas. When the delivery woman arrived, Moore was allegedly waiting for her armed with a knife. […]

A Harrison County man is being held on a $25,000 bond after authorities said he tried to bribe a witness in an armed robbery case against him.

JaDarryl Johnson remains in custody after he was arrested on Sept. 30. […]