The People’s Assembly Task Force did not hesitate to jump start the first public forum for who’s the best person to serve the people as mayor of Jackson. The forum took place Saturday, March 9, 2013, at Word and Worship Church, 6286 Hanging Moss Rd.

The attending candidates expressed their chief goals and inspirations and are presented here in alphabetical order: 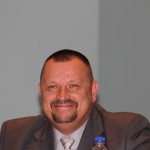 William Bright’s (D) motto is “Vision, Integrity, Strength, Accountability.” “Let’s reduce crime, reduce taxes, promote youth programs, put some theaters in Jackson, increase smaller business and senior citizen programs for starters,” Bright said. “In the thirteen years I spent working for Jackson as a police officer, I had the unique opportunity to view the city from many different angles. After being hands on with crime, poverty, education and witnessing the economic downturn of our great city, I understand what our city and our people need.” 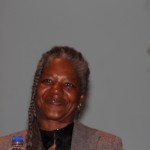 Gwendolyn Ward Osborne Chapman (D) said, “I am very much family oriented and use the Kwanzaa Principles as a guide for unity and getting along as a whole. If you love something, you want to please it. I love Jackson; it needs a woman’s touch. I am someone who is down to earth, humble and knows that it is going to take a village to restore order in the city.” 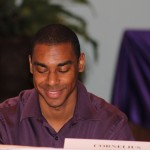 Cornelius Griggs (I) said, “It’s not about what the mayor wants but what the people want. It’s what the city needs. I have worked in the public school system for countless years. I walked the talk. I am willing to go above and beyond, because that is what it will take for our youth to be literate and educated properly. Let’s take care of the simple things that need to be done. Let’s put the horse before the cart again.” 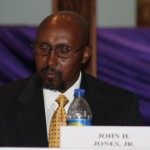 John H. Jones Jr. (D) said, “Jackson is the state capital and should be that light set upon the hill. I want to work on reducing taxes so people can spend their money here in the city. I am adamant about neighborhood development. We must build our neighborhoods up so that people will want to live here.

“We need to develop economic incentives. That’s a high priority. We need movie theaters. We should not have to go to Madison to see a movie. These may seem like small things, but it’s the little details that count the most.” 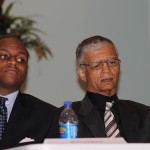 Jonathan Lee, president of Mississippi Products and chair of the Jackson Chamber of Commerce, states, “We’ve heard it said, there is rhetoric and there is a record. The record is we’ve lost 22 percent of our sales tax revenue. The streets are crumbling. The youth are left to fend for themselves. We need a mayor who understands the people and can execute effective solutions. I’m looking for solutions from everyone – man, woman and child. I want to earn your vote.” 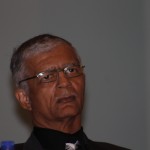 Atty. Chokwe Lumumba (D) has the motto: “Educate, Motivate, Organize” How will we make Jackson rise? The PEOPLE  must decide!” He said, “As Mayor of Jackson,

it will be my duty to listen as you speak and be your voice, chief servant and leader in developing and implementing policy and programs necessary to make our city great and help our city grow…. My campaign platform is designed to help bring economic growth, jobs, fair pay for public workers, green industry, youth programs, a city wide education campaign, better public safety and health care.” He is present city councilman for Ward 2. 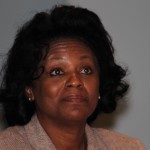 Regina Quinn’s (D) motto is “It’s Time! The Best Choice for Jackson.” She said, “I want to get rid of the litter, implement a plan for drainage, water and the sewer system, fix potholes, remove dilapidated houses, remove abandoned cars, encourage neighborhood watch programs, recruit new businesses and overall be on track with the citizens of Jackson. I am committed and passionate….” 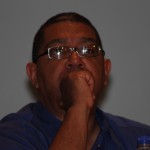 Chokwe Lumumba was sworn in Monday as the mayor of Jackson, Mississippi’s capital and the largest city in the state.

Lumumba is an attorney who served the past four years on the Jackson City Council. A civil rights activist, he was active in a black nationalist group decades ago, but ran as a mainstream candidate who would represent all city voters.

The Clarion-Ledger reports that the first true test for Lumumba will come quickly – a Sept. 15 budget deadline, which he’ll face with a new City Council. […]

WATCH VIDEO:
Jackson city councilman Chowke Lumumba along with family and supporters celebrates his victory over Jonathan Lee in the Jackson Mayoral Democratic Runoff on Tuesday, May 21 2013…. […]

‘Good is not good enough for Jackson’ By Gail M. Brown Editor Longtime Jackson businessman Jonathan Lee kicked off his candidacy for Mayor of the City of Jackson Tuesday, July 31, in front of his […]