Democrat Sollie Norwood was sworn in Monday, March 4, 2013 as the newest member of the Mississippi Senate. Norwood, 60, is a former member of the Jackson School Board.

He defeated former Jackson city councilman Marshand Crisler in a special election runoff to represent Senate District 28, which is entirely in Hinds County.

Norwood won with 54 percent of the vote and succeeds Democratic Sen. Alice Harden of Jackson, who died in December. Harden became the first black woman to serve in the Mississippi Senate when she

“I will work each and every day to make life better – to improve the quality of life – and make an impact on addressing the issues of housing, education and employment opportunities,” Norwood said. “I’m excited about the human capital in the district and bringing people together to collectively work to solve the problems in the district.”

Norwood will serve nearly the final three years of a four-year term that Harden started. He said he will continue to work toward improving education, an issue that Harden championed.

Also he said he’s committed to expanding Medicaid, which the Republican Gov. Phil Bryant opposes. Norwood said he will go on a listening tour to hear from his new constituents.

Rep. Alyce Clarke, D-Jackson, who has served since 1985, was the first black woman elected to the Mississippi Legislature. She said she believes Norwood is a good man, and that she’ll make sure he works for the state’s women.

Dozens of supporters, including family, friends and members of Norwood’s church, turned out at the Capitol for his inauguration. Norwood is married to Joan Norwood, a JPS educator and they have two children, Sollie B. Norwood II and Ashley Norwood.

Norwood received his Bachelor of Arts degree in Sociology and a Master’s of Science in Education in guidance and counseling from Jackson State University. He furthered his studies at the University of Mississippi in student personnel in higher education.

He has been awarded the 2004 Jackson Public School District Parent of the Year, 2004 2nd Congressional District Parent of the Year, National Association of State Community Service Program (Ann Kagie) Award, Mississippi Families for Kids Legend for Children Award, National Center for Fathering: Fathers in the Trenches Award, Amos Wright Education Award, “Warren, Washington, Issaquena and Sharkey” Community Service Award, Entergy Mississippi Award for Outstanding Dedication in Support of the Most Vulnerable Citizens of Our State, Phi Beta Sigma Mu Sigma Chapter Image Award in the Field of Community Service and the 2010 HOPE Award in the area of Social Justice. 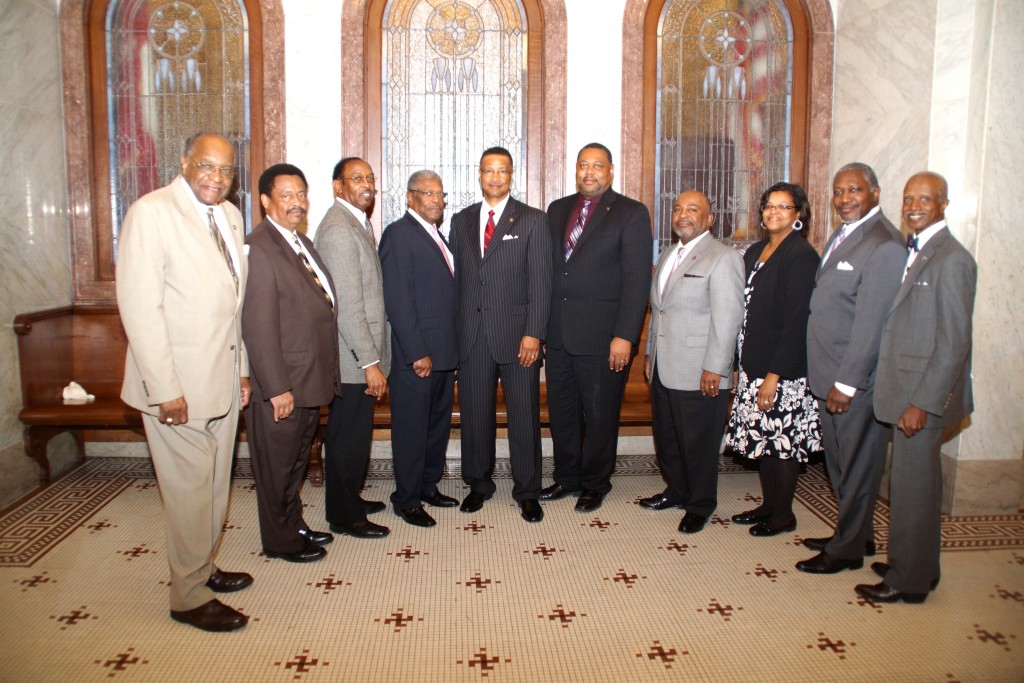 “District 28 is all Jackson”

Candidate Marshand Crisler said, “District 28 is all Jackson,” as he and the other five candidates out of nine who came to meet the public and be questioned on their positions on many topics Tuesday, Jan. 22, at New Horizon Church International…. […]

Hail and farewell; a salute to those we lost in 2012

The year 2012 was filled with highs and lows, shock and disbelief – as notable movers and shakers, politicians and hit makers departed this world, but not without leaving an indelible mark on the hearts and minds of many.

While the death of any individual is noteworthy, the following deaths are significant and stand as a testimony that greatness is achievable – even for the lowly and humble.

Marshand Crisler and Sollie B. Norwood will be the two run-off candidates for State Senate District 28, Tuesday, Feb. 26, 2013. Crisler received 25 percent of 2,789 votes cast, with Norwood receiving 22.5 percent of the votes…. […]