JACKSON – A former Wiggins resident has been sentenced to 12 years in prison for home repair fraud and false pretense in Harrison County. 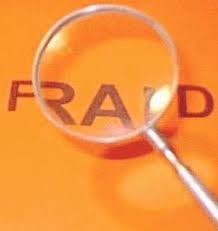 Charles Lynn Reeder, 53, originally of Wiggins, was sentenced after pleading guilty to one count of felony false pretense and one count of home repair fraud before Judge John Gargiulo in Harrison County Circuit Court.  Reeder was sentenced to the maximum 10 year sentence on the false pretense charge and five years for the home repair fraud charge with three years suspended, meaning he will serve 12 years in the custody of the Mississippi Department

In the false pretense charge, Reeder agreed to repair their damaged homes, but instead lied about work he never did.

In the home repair fraud case, Reeder misled the victim by claiming he was a licensed and insured contractor, which he was not.  He also performed a small amount of work which was not up to code.

Reeder was extradited to Mississippi from Missouri where he had served time there as a result of three convictions of home repair fraud related charges.

“This defendant took advantage of folks in a most vulnerable moment,” said Attorney General Hood.  “I appreciate Judge Gargiulo imposing a long sentence.”

The office of the Mississippi Attorney General is announcing two free community shred days in cooperation with ShredIt and a host of other partners.

Consumers only, no businesses, may bring up to five large garbage bags or boxes to be shredded at the following locations: […]

By Monica Land News Briefs From Across The State Service was cut after Katrina The city of Biloxi wants Amtrak to bring back the Sunset Limited. WLOX-TV reports that members of the Biloxi City Council […]