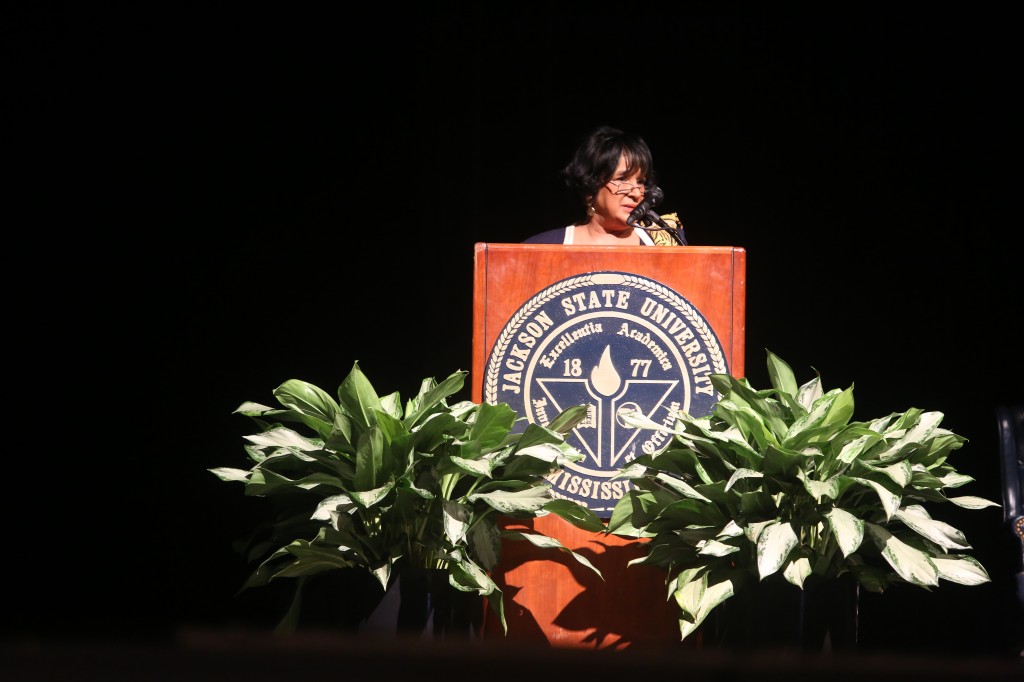 After she congratulated and welcomed newly elected State Senator Sollie Norwood, Meyers announced a spring enrollment of 8,760 students. She said that this was an all time high for the spring semester

and third highest enrollment on record. According to Meyers, JSU will expand this year, opening a branch in Madison and a branch in downtown Jackson.

The Madison branch will open this summer and will offer 42 graduate and undergraduate courses.

“101 Capitol Center” is the current name for the new downtown branch that she hopes will become the intellectual core for downtown.

Meyers said that JSU is collaborating with several community colleges, including Hinds and Holmes, to increase the number of transfer students. She said that alumni from several states are helping to steer potential students to the University.

More items highlighted by Meyers include:

• Matched or exceed last year’s level of funding for research, having already secured $26 million in less than a year

Meyers introduced David Hoard, JSU V.P. of Institutional Advancement, to discuss the planned domed stadium to be built on campus.

Hoard said the $200 million college domed stadium would be the first of its kind in the entire South.

He said it has been endorsed by the City Council and Mayor as well as the Convention and Visitors Bureau.

“This is a game changer,” Hoard said.

The stadium will take three years to complete, from planning to construction, and will seat 50,000.

Minority participation in the construction of the stadium will be mandatory. 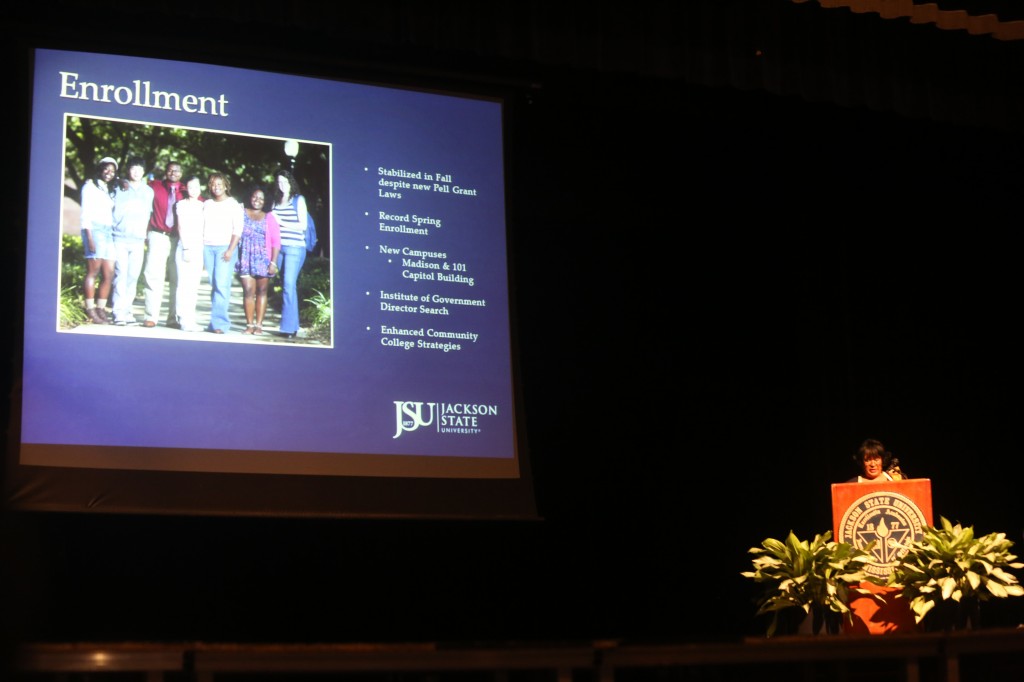 By Mike Stobbe AP Medical Writer NEW YORK – Three out of every 10 gay or bisexual men in several cities in the U.S. South have been diagnosed with the AIDS virus, three times the […]