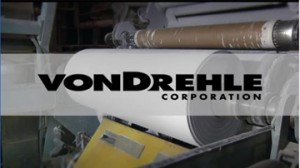 MDA assisted von Drehle with this project, providing guidance on available tax incentives. In addition, Adams County is providing support for this project.

Through an international network of more than 400 distributor partners, the Hickory, N.C.-based company sells towel, tissue and dispenser products to industrial, commercial and institutional distributors, contract

Frozen sandwich maker to hire 200 for plant near Tupelo

January 8, 2015 Online Editor Business Comments Off on Frozen sandwich maker to hire 200 for plant near Tupelo

SHANNON, Mississippi (AP) — A California company will soon be making sandwiches in a former meat processing factory near Tupelo. Raybern Foods plans to invest more than $10 million and hire 200 people to make […]

Country music singer-songwriter Johnny Russell was the latest recipient honored with a marker on the Mississippi Country Music Trail. The marker unveiling was at 101 East Delta Avenue in Moorhead.

Governor Phil Bryant, who was born in Moorhead, offered remarks during the ceremony.

John Bright “Johnny” Russell (1940-2001) was born and raised in Moorhead and went on to become a star of the Grand Ole Opry and a popular country recording artist, with such hits as “Catfish John” and “Rednecks, White Socks and Blue Ribbon Beer.” […]

Special To The Mississippi Link JACKSON – Tourism in Mississippi, the fifth-largest private sector employer and one of the largest export industries, continues to positively impact the state’s economy. The industry generated expenditures of $5.97 […]