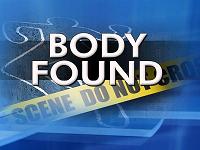 The body of a man who drowned two weeks ago in the Chunky River has been found.

David Sharp, the executive director of Lauderdale County Emergency Management Agency, said members of Marcus L. Smith’s family found his body about 10:15 a.m. Saturday about half a mile from where Smith initially went under.

Lauderdale County Coroner Clayton Cobler said the body has been sent to Jackson for an autopsy.

Authorities say Smith, 56, was in a canoe with two other men on Jan. 19 when it turned over into the swift, cold waters of the Chunky River near Stuckey Bridge.

The two survivors were able to reach the bank but Smith was swept downriver.

George County Deputy Coroner Stacey Dungan said Jonathan Ford, 37, of the Benndale community, and Herman Howard, 51, of the Howell community, were pronounced dead at the scene on Feb. 1.

Sheriff’s Department spokeswoman Shonna Pierce said deputies responded to a 911 call about 7 p.m. and found the wreckage on a county road in the southeast corner of George County.

Pierce said two other people, who were not identified, were injured and taken to local hospitals. The severity of their condition was not disclosed.

The sheriff’s department is working with the Mississippi Highway Patrol on the investigation.

Mississippi marine officers seized 11 gill nets – a total of 1,310 feet – and 333 pounds of illegal red drum from a man who was removing fish from his nets off in the Ansley community in Hancock County.

The Marine Patrol acted on a tip that Rieux was illegally fishing.

Tippah County Coroner Chad Bateman said Sam Edge was the victim in the accident which occurred around 8:30 a.m. Feb. 2 along Mississippi Highway 4 near the Prentiss/Tippah county line.

Bateman says it appeared Edge left the road, hit a tree and spun his vehicle into an 18-wheeler parked in someone’s driveway.

News Briefs From Across The State By Monica Land Death may be considered a homicide Issaquena County officials are investigating the death of a woman found dead early Sunday morning. Sheriff Richard Jones said 52-year-old […]