JACKSON – As we enter into the month of February and draw closer to Valentine’s Day, Attorney General Jim Hood would like to remind Mississippians of Teen Dating Violence Awareness and Prevention Month and the resource’s available at the Attorney General’s Office. 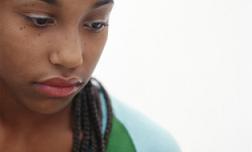 National statistics show that one in three adolescent girls in the United States is a victim of physical, emotional or verbal abuse from a dating partner.

“Domestic Violence is a learned behavior,” said Attorney General Hood.  “If we don’t intervene, statistics show that boys and girls who are exposed to violence in their homes are statistically much more likely than children who aren’t to become abusers or victims as adults.  It is my hope that, through our awareness and prevention efforts, we can help our young people learn how to develop healthy relationships and improve these alarming statistics.”

To combat the problem, the Attorney General’s Office Domestic Violence Division and the Mississippi Department of Education have been working in partnership to establish healthy relationship education programs in schools around the State.

The brochure explains what dating violence is, how to know if you are in an abusive relationship and want to do if you think you are in such an unhealthy relationship.

Two Chickasaw County residents have been arrested for a second time in a year after allegedly selling counterfeit clothing from Urban Wear located at 205 Church Street in Okolona.

JACKSON, Mississippi (AP) — A Mississippi woman was convicted Friday of murder in connection to illicit silicone buttocks injections that led to a Georgia woman’s death. The state attorney general’s office said in a statement […]