The Jackson Convention Center banquet hall was filled Wednesday, Jan. 30, 2013, as the Greater Jackson Chamber Partnership luncheon and annual meeting brought together many of its 2,600 plus members along with many public officials.

The Partnership has a 10-year plan termed “Vision 2022 – One Voice” where it has launched a multi-year plan to “transform the Greater Jackson Region into a destination community attracting businesses, families and tourists for its quality of place and economic opportunity.”

2012 chairman Mayo Flynt described the Partnership’s vision to “build a sought-after community on the banks of a new 1,500 acre lake, located within minutes from homes and offices, in the heart of a region known for being a great place to live and work.” This vision is crafted by a diverse public-private leadership group with the goals of “creating places, wealth, talent and connections.”

Among the speakers was Governor Phil Bryant who emphasized the medical corridor coming to Mississippi. He used the word “cooper-tition” in the context of cooperating hospitals which are in competition with each other. He has plans to put in 200 to 300 new homes, with the highest tax rating possible, to follow the medical corridor straight down Woodrow Wilson Boulevard.

“Any student who earns a 28 score on their ACT test, the Governor said should be awarded a full scholarship so the best students return to the state to teach in Mississippi schools.

Guest speaker Mick Cornett, Mayor of Oklahoma City,   Oklahoma, expressed friendship with Mayor Harvey Johnson Jr. He gave great detail on the history of Oklahoma City, from its boom time through a depression and its current revitalization with it now on the many lists of “best cities….”

Cornett related how good times still in the 1980s then turned into failures with 200 banks closing.

With the initiation of Metropolitan Area Projects, Cornett explained how Oklahoma City launched a plan to improve the city for its citizens to have a better life, thus becoming a more attractive city for businesses to move to.

Part of the ceremony was the Partnership 2012 Chairman Mayo Flynt turning over the chairmanship to L. Socrates Garrett, of Garrett Enterprises, for 2013.

After awards were given to businesses and individuals, Garrett said in closing remarks and as the 2013 chairman, “This is about talent retention. We can no longer export talent. We must have an enviornment where our people want to work and live down town.

“We want a creative class to build infrastructure and transportation systems connecting our cities. One region, one voice, one vision. So my job is unity and execution. We have a great team … from the east side of the river to the west side of the river. We have great people to work with who actually like each other.” 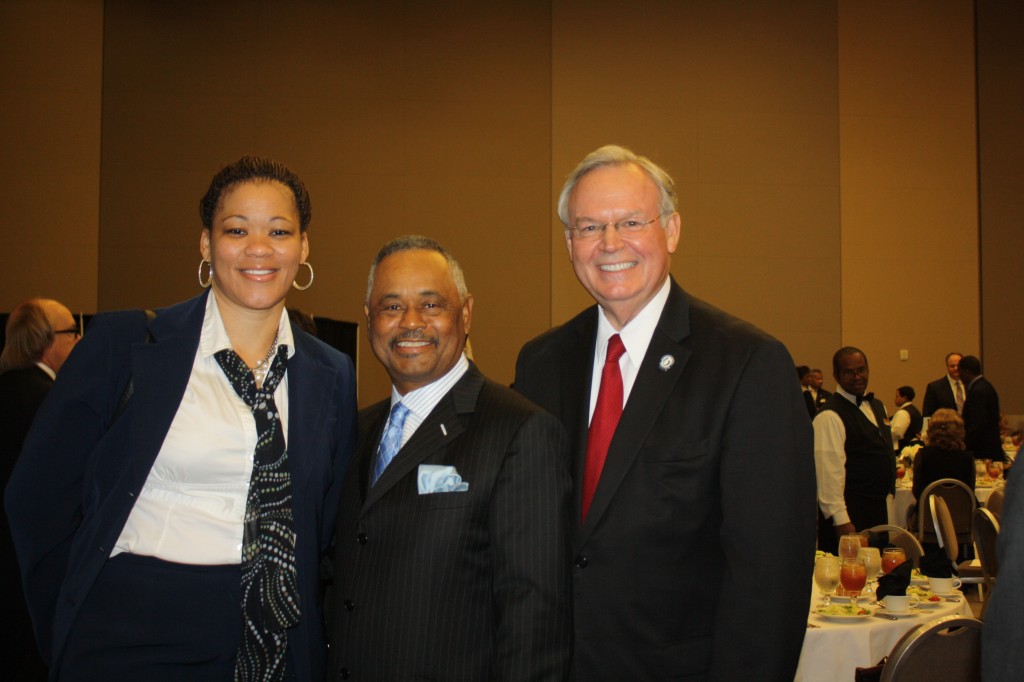 From The Mississippi Link Newswire OLIVE BRANCH – Officials from Milwaukee Electric Tool, manufacturer of heavy-duty portable electric power tools and accessories, has announced the company is expanding its presence in north Mississippi by constructing […]