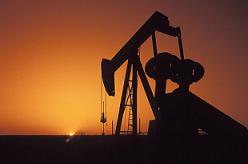 Presentations have been made to the city and county school boards.

Venture’s Bob Hennington said the company would like to begin in March and have testing completed by year’s end.

The process would involve drilling 3.5 inch holes 100 feet deep in testing areas and dynamite would be dropped in.

“It’s not as intrusive as it sounds,” Hennington said. “When the detonation occurs you would just feel a slight `thud’ in the ground.”

Sensors, delivered by helicopter in some areas, will be placed in the testing areas.

“There is actually oil everywhere. This process tells where the optimum drilling locations would be,” Hennington said.

Hennington says leaseholders of 16th section land in the testing would be contacted in advance. He said testing personnel would be visible wearing appropriate attire to identify their purpose.

Hennington said the school districts will be paid about $6,000 for the rights to perform the testing.